The Arizona Game & Fish Commission, with the help of HDOnTap’s system design, live HD streaming, & installation services, have successfully brought the Sandhill Cranes of White Water Draw in southeastern Arizona live to the internet for audiences around the world to enjoy! The camera system delivers a high-definition live webcam stream that can be viewed on the Arizona Fish & Game Commission website! 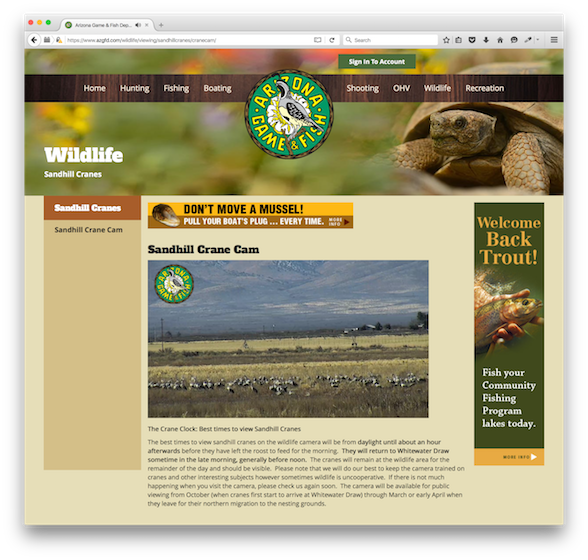 This live stream is part of the Arizona Fish & Game’s Watchable Wildlife Program, which benefits wildlife through a heightened public awareness of the value of wildlife and habitat, and the need to conserve irreplaceable assets.

“Arizona Game and Fish conserves and manages the state’s wildlife in trust for Arizona’s residents. So, it’s a priority for the department to connect and engage the public with their wildlife. This camera gives anyone with an internet connection the opportunity to see the magnificent sight of thousands of cranes at one of their primary wintering sites.” 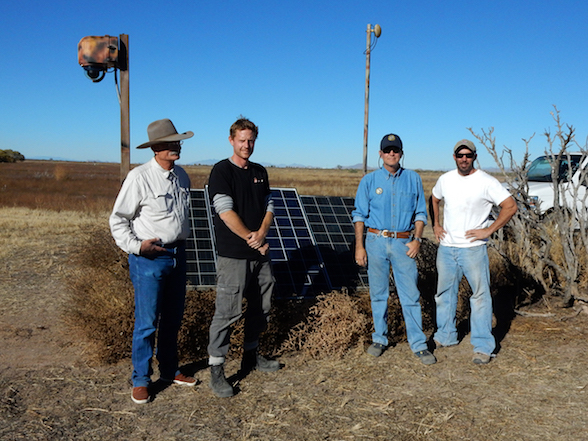 The live stream will be offered from October, when cranes first start to arrive at Whitewater Draw, through March or early April when the birds leave to migrate to northern nesting grounds.

Worldwide there are 15 species of cranes scattered across the globe. Most of these are found in the old world. Many are either threatened or endangered due to a variety of reasons with habitat loss being chief among them. Cranes are one of the oldest extant linages of birds arising as a group more than 60 million years ago. Their prehistoric presence in the United States is confirmed by 10 million year old fossilized remains from Nebraska. These ancient origins are evidenced not only by the way cranes look but also in their calls and flight.
(Source) 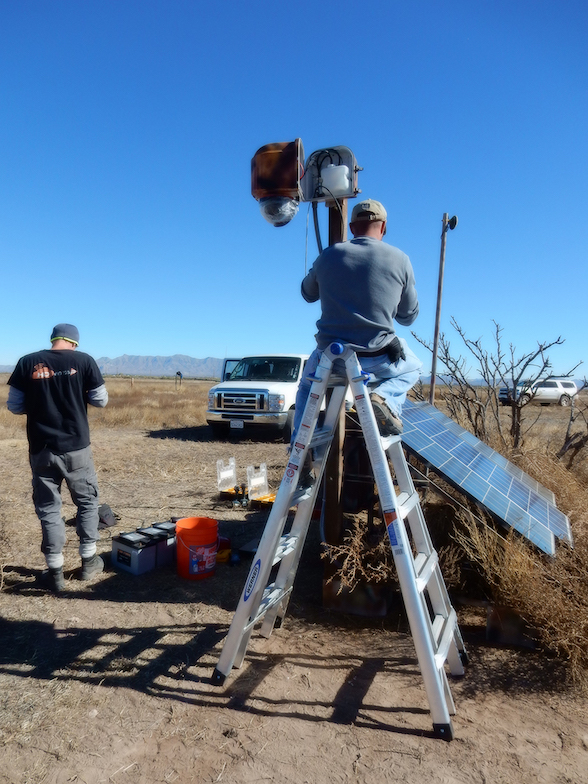