ABOUT THE RAMONA BARN OWLS

Watch the resident Barn Owl parents and their annual Blowfish Babies on the owl cams as they entertain us with their captivating life! Each year, they dazzle us with their chaotic courtship and bless us with the opportunity to witness their owlets' birth and development.

Barn Owls nest in many kinds of structures including tree cavities, buildings, barn lofts and nest boxes. Barn Owl females make "nests" using their own regurgitated pellets, shredded with their feet and arranged in a cup.

Unlike most birds, owls may use their nest sites for roosting throughout the year. Nest sites are often reused from year to year. The Barn Owl clutch size can range from 2-18 eggs and the incubation period is about 29 to 34 days. 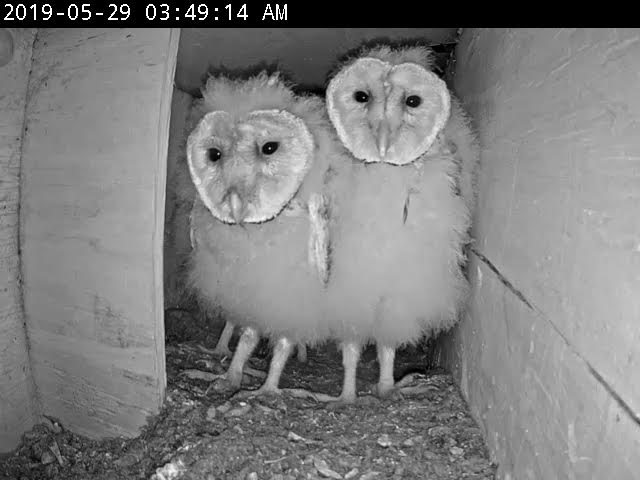 Once hatched, barn owls have a fluffy down coat. Owlet siblings get along perhaps better than most human siblings, they clean and feed one another and huddle together to stay warm. As they grow, they will continue to care for each other, preening and delivering food to their siblings when necessary. 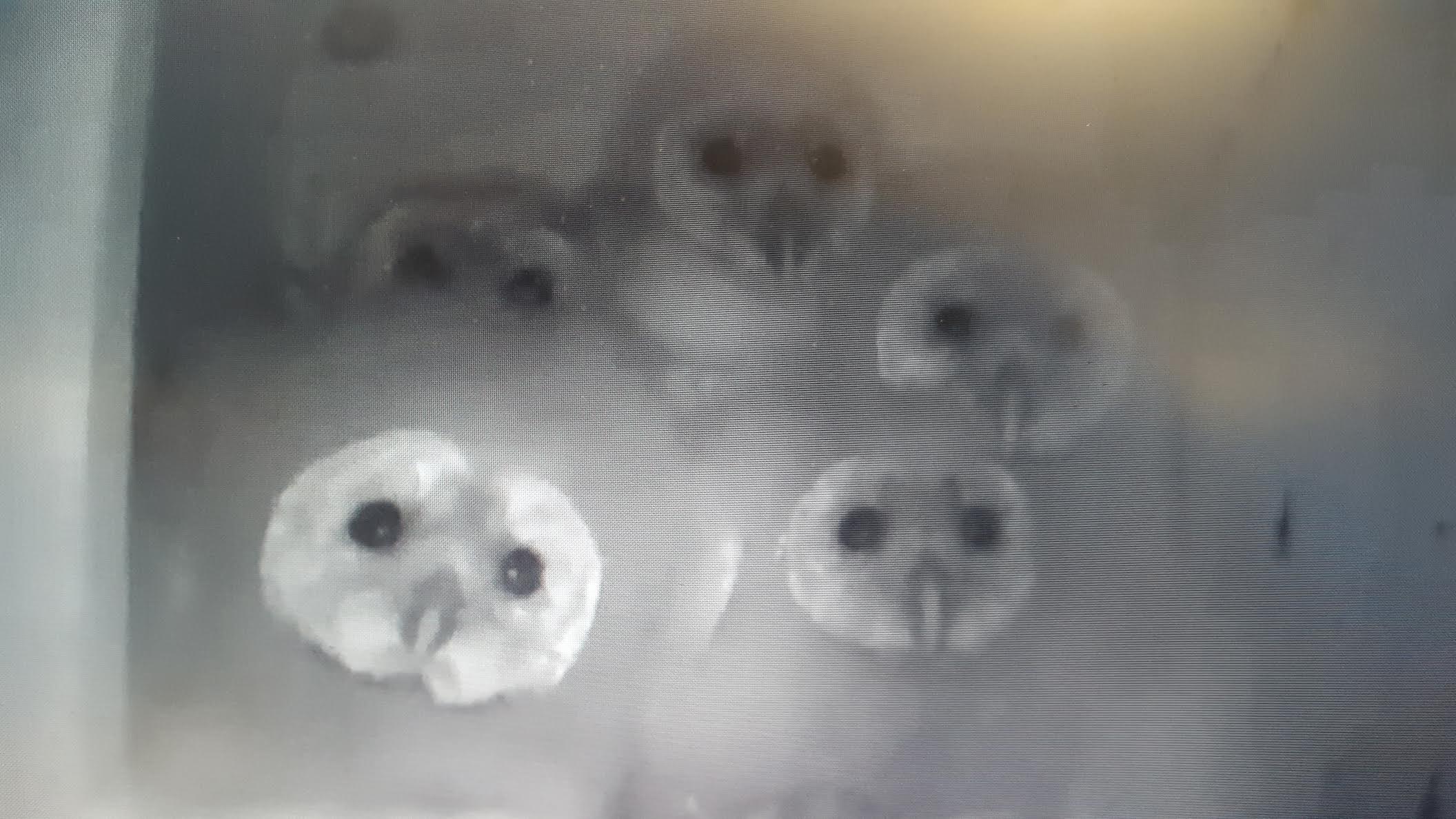 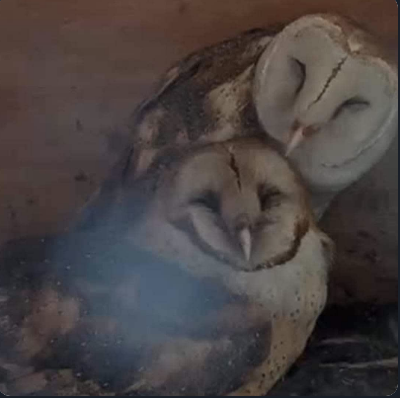 Barn owls in this area of California has plenty of food selection, they feed mostly on voles, mice, rats, rabbits and occasionally small birds or lizards. They hunt at night and reside in the nest box during the day. Barn owls have incredible vision in low light and precise hearing that allows them to hunt in total darkness.

ABOUT THE RAMONA BARN OWL CAMERAS

The four cameras are located on a private residence in Ramona, California; also known as "The Valley of the Sun", a small unincorporated community in San Diego County along the foothills of the Cuyamaca Mountains. The weather is extremely warm and the prey extremely abundant - this attracts plenty of barn owls! Ramona is also the turkey capital of the world and home to over 30 vineyards. 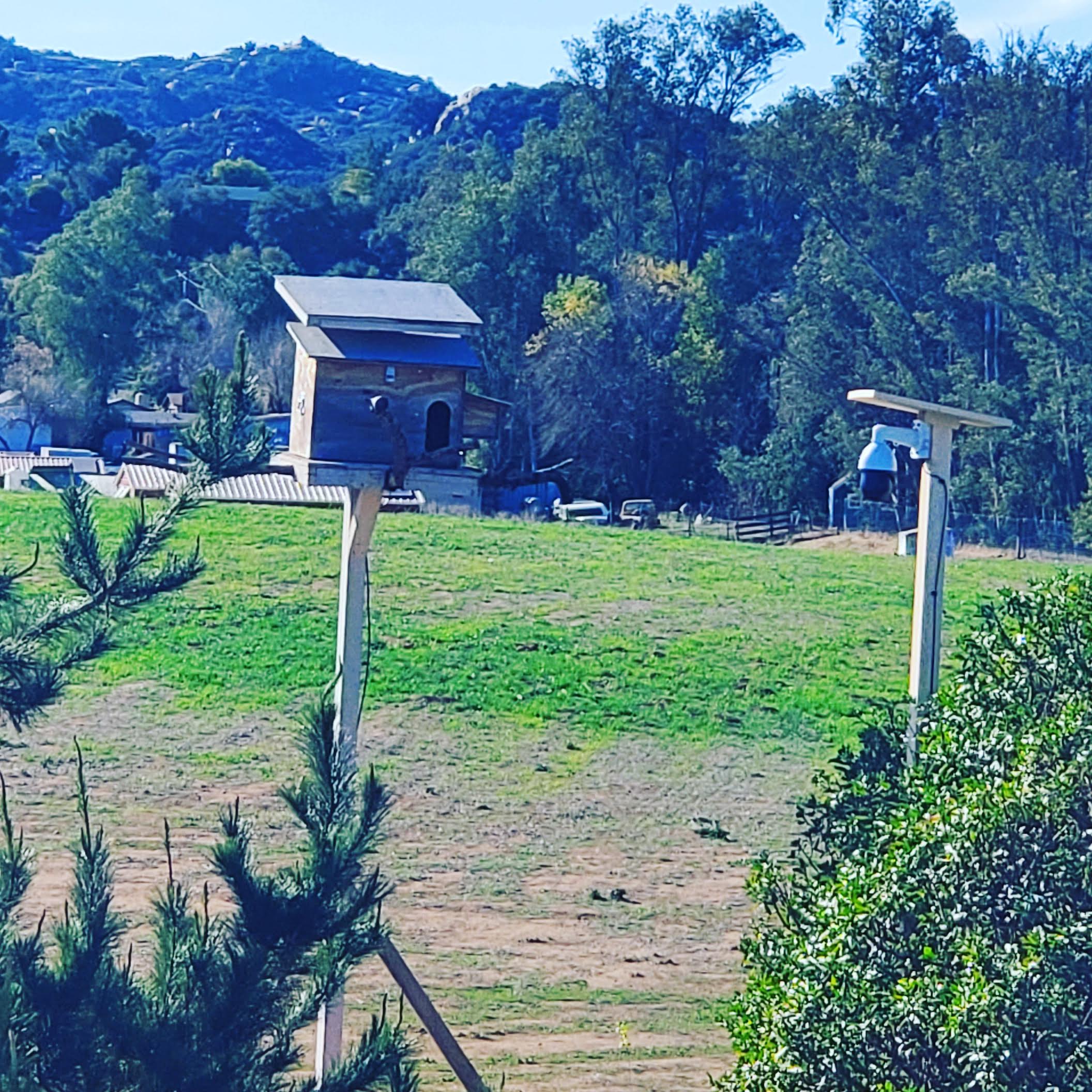 There are two seperate Barn Owl Boxes on the property, one is the nesting box where the owlets are laid and raised. The other is considered the "man cave" where the male owl will spend some time when space is hard to come by in the baby nesting box. This is the second year for this pair.

The other two camera views are perch cams. The baby box perch is a full view of the exterior of the nest box that enables the viewer to see every first step and the owlets as they develop their wings and start to take flight. 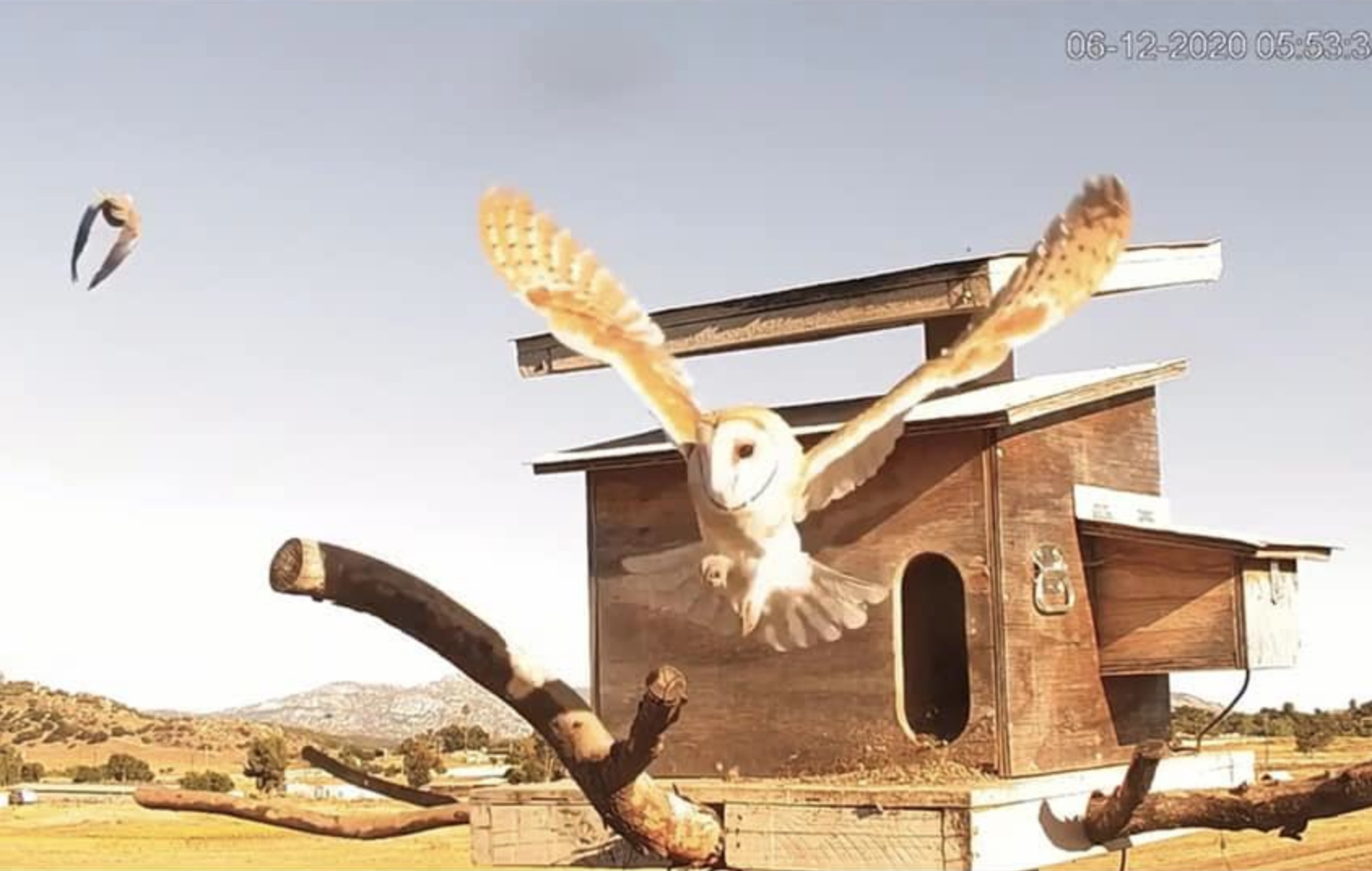 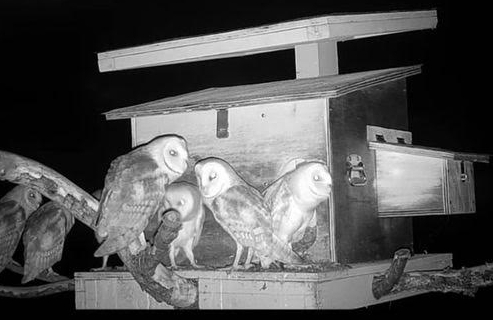 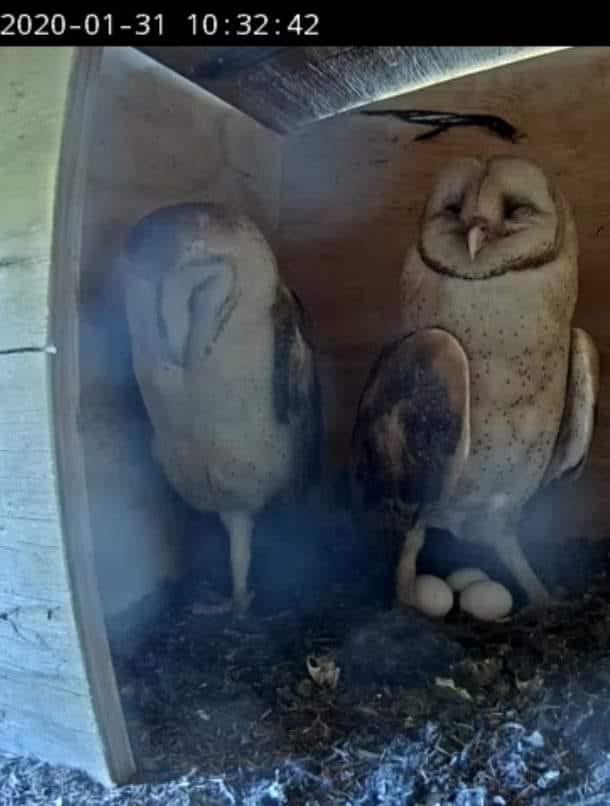 This adult pair of Barn Owls in this nesting box are named "Princess" and "Hoppy", this 2021 season is the pair's second nesting season together. In the above photo, "Hoppy" is on the left and "Princess" is on the right.

The female "Princess" has a slightly larger stature, a little darker reddish-brown coloring, she has speckles on her belly.
The male "Hoppy" has a smaller frame, is white in color and has less speckles on his belly. See "Hoppy" standing tall in the below photo. 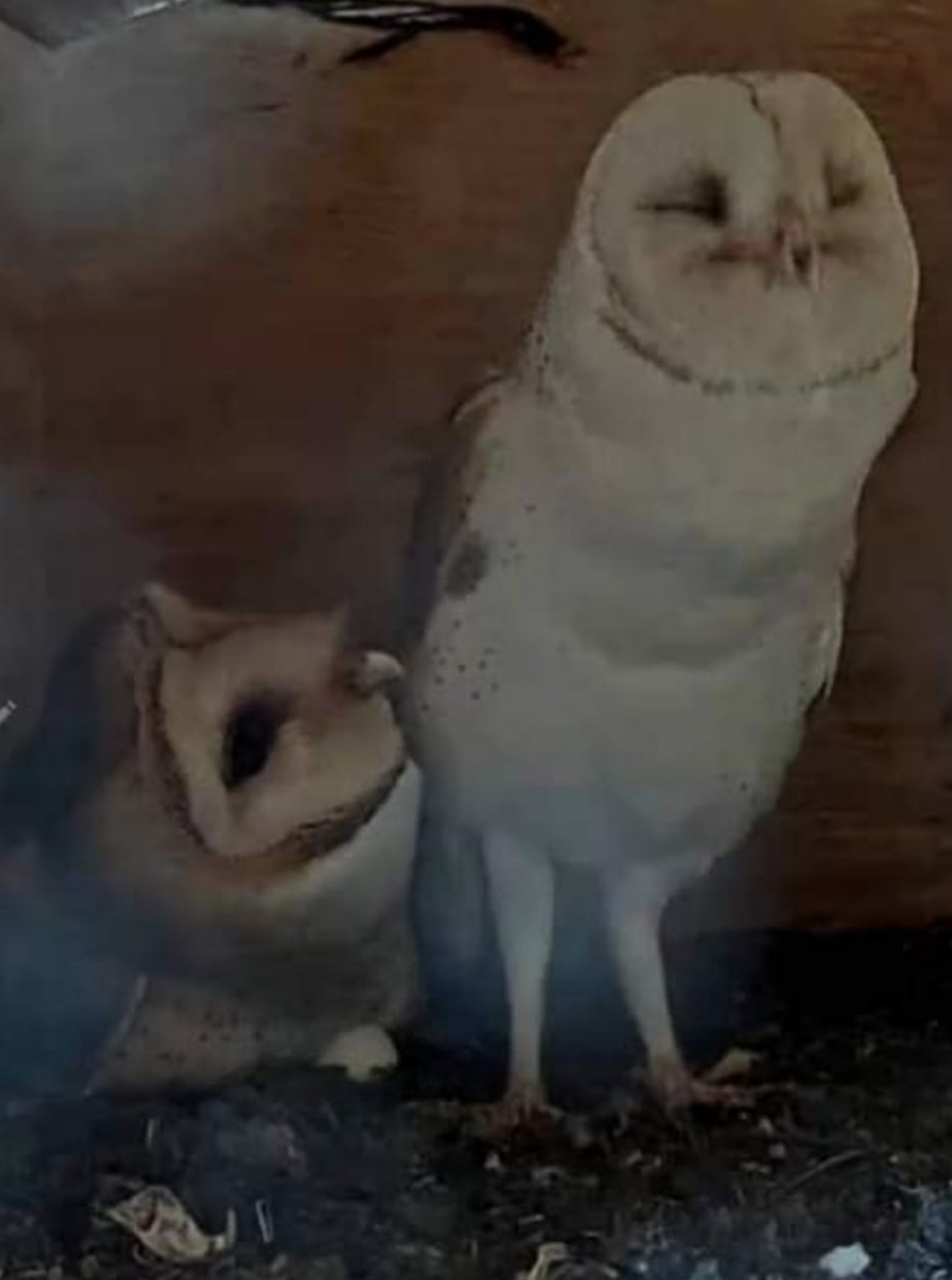 The history of this Barn Owl Box is heartwarming. "Princess Woodsy" is believed to be the 1st hatch of the 2019 season. She fledged in this nest box, but decided to stay close to home. "Hoppy" the male mated with her for several months until she became fertile at 10 months old. She laid 7 eggs in her first clutch not far from the "man cave" box where she first hatched the year prior. In the below photo, "Princess" is the tallest owlette standing left-center next to her sister "Athena Ballerina" proudly sporting a fluffy-feather tutu. 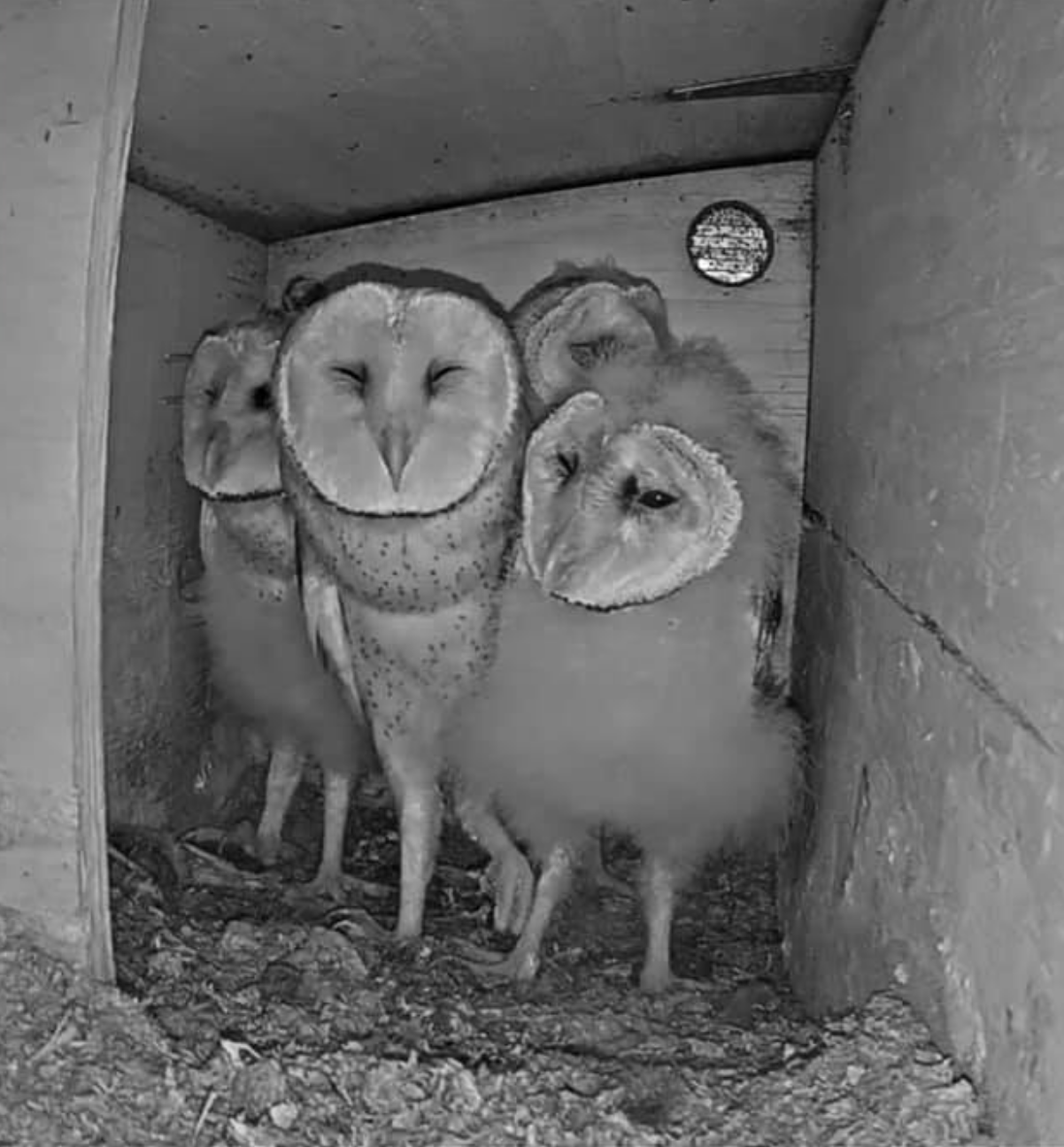 Not only is this barn owl box a tender story of leaving the nest but returning home to settle down, it's a chance to witness first hand the demeanor and behavior of barn owls. Watch in awe of the kindness barn owls share towards eachother. Two possible cousins, identical in age but thought to be abandon and starving were found nearby this nest box and added to the family in 2020. "Cousin Oliver" and a very injured "Xena Warrior Princess" befriended the other young owlets and were accepted into the family with no hesitation. They ended up being successfully fledged with the rest of "Princess" and "Hoppy's" owlets.

Each of the owlets have names with significant meaning, designated with mindful consideration by the owners and other community suggestions. Their names can be reflective of the times, local establishments, or causes to spread awareness.

This barn owl box is used for educational purposes, to teach classrooms about barn owl lifecycles and pelets are often donated to local classrooms to be disected.

This Barn Owl Box has many fans locally and beyond. A large tight knit community with a common interest in watching and speculating on the behavior and devleopments of barn owls. Questions and speculations are answered and the Ramona Barn Owl Box fans are very welcoming of newbies to the group. Join in on the fun! 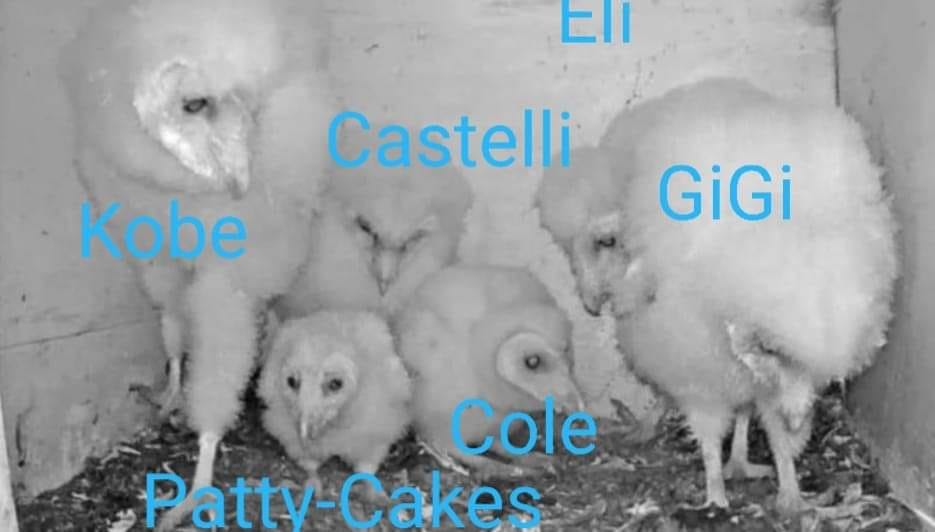 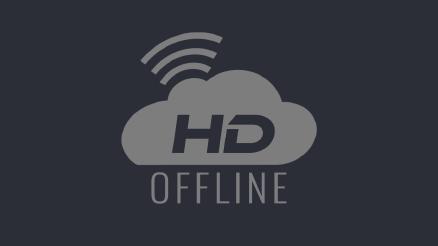 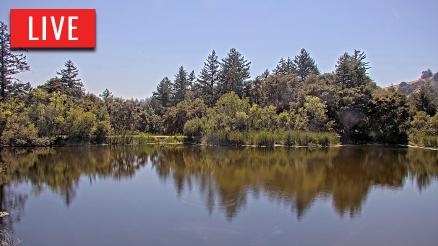 Home of Princess and Hoppy

Welcome to the 2021 Nesting Season!

The proud owners of this Barn Owl box live stream love to share in the splendor and delight of witnessing Barn Owls with the world. We share this stream because we're incredibly passionate about Barn Owls, but we could always use help from our devoted viewers to continue doing what we do hosting these live cams on our property. Donate to help us continue what we do by clicking the button above or this link. Your attribution will go towards potential equiptment upgrades and the additional costs associated with hosting the four live cameras on our property. We appreciate all of our viewers for the continued support!