Earlier this week the Hanover nest was covered in snow, and while Liberty and Freedom seemed unfazed by the precipitation blanketing their new home improvements, it was hard not to wonder how they were withstanding the weather. While snow days are a welcome treat for some of us, most animals do not agree. 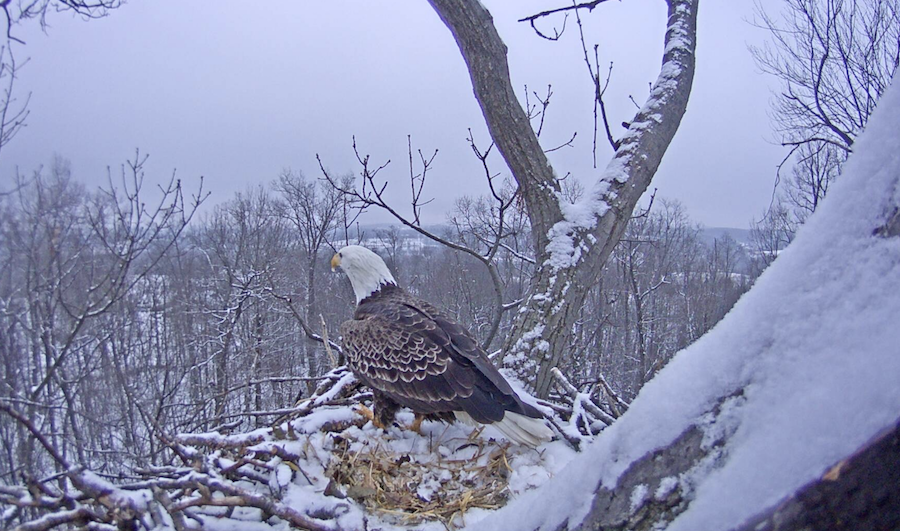 There are three primary tactics that animals use to deal with winter weather and cold climates:

The choice between these strategies centers around energy expenditure. Animals do everything they can to save energy by utilizing internal and external coping mechanisms. The mind-baffling variety of adaptations that we see within the animal kingdom is partially due to the weighing of tradeoffs, both on evolutionary and individual scales. For example, the question of “to migrate or not to migrate” is written into the genetic code of some birds, because over time the benefits of relocating outweighed the costs and risks of flying south. Put another way, the pros outweigh the cons.

Some bald eagles migrate, some do not. As you’ve probably guessed, no bald eagles dig themselves underground for hibernation. Those that choose to overwinter as we suspect Liberty and Freedom might, are using a variety of strategies to weather the weather. This would put them in the same category as many of us who either cheerfully or begrudgingly resist the cold. 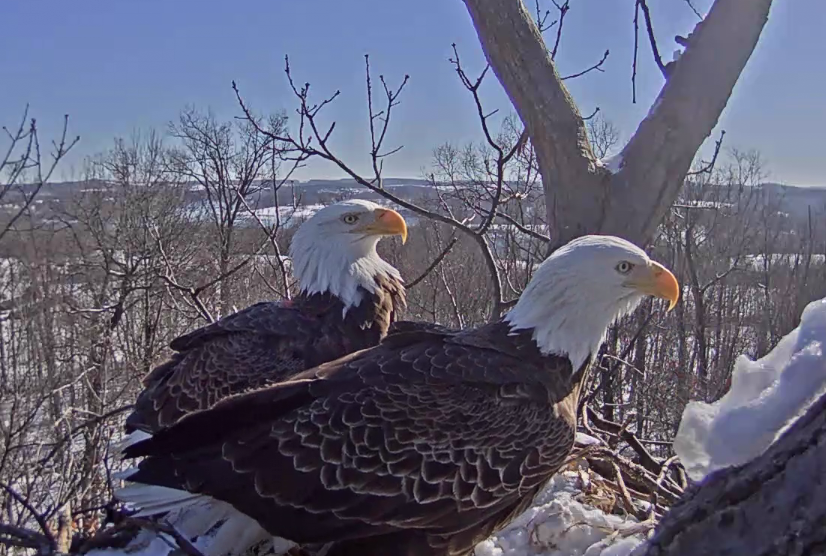 Bald eagles use several behavioral tricks to get through the winter such as reducing activity and energy use. Studies have shown that during the winter bald eagles are mostly sedentary. For example, in the Pacific Northwest (a region with characteristically little snow fall in the lowlands) young bald eagles spend 99% of the day in non-flighted activity. They essentially perch, perch, and perch some more. Keep an eye on sedentary eagles, as you are likely to notice them tucking their beak or feet into their feathers. Of the 7,000 feathers on an eagle, a majority of these are fluffy down that provide an insulating layer of air that, when warmed by the bird’s body, serve as an cushioning barrier against the cold. The more a bird fluffs itself, the thicker this layer becomes.

Gorging is a behavior that many overwintering scavengers depend on. Bald eagles can go a long time without food which is an example of an internal adaptation that, when paired with their ability to stuff their face, sets them up for success during a season when carcasses and other prey are hard to come by.

Another useful behavior is to seek insulative microclimates such as conifer trees which provide wind resistance and prevent heat from escaping into the night sky (this is one of the reasons that deer bed down below conifers). 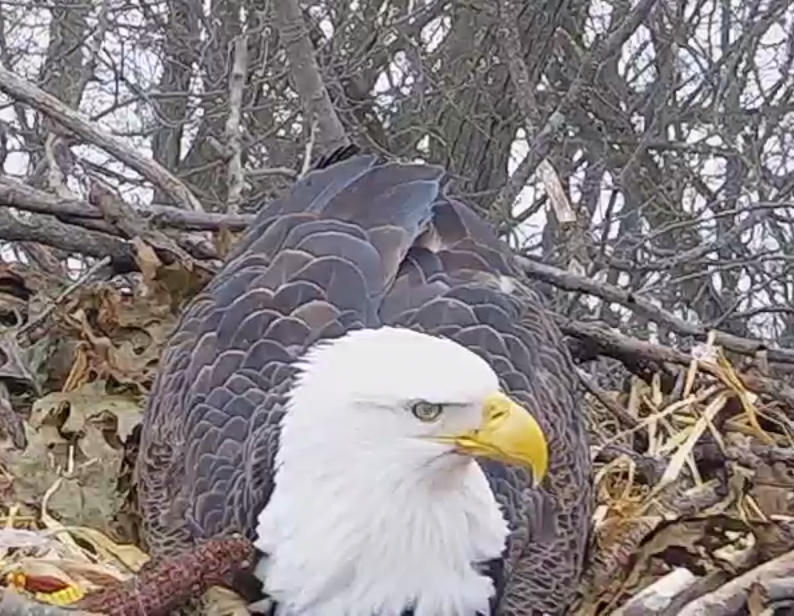 Bald eagles also reduce their body temperature by 1.9 degrees Celsius at night which not only slows their metabolic rate, but lessens the temperature gradient between their body and the air which minimizes heat loss.

Lastly, let’s not forget about the bald eagle’s size. There is a fancy physics principle that says the bigger an animal is, the less heat loss occurs because the ratio between the mass and surface area (the amount of exposed skin/fur/feathers) is lower. Eagles have a low surface-area-to-mass ratio and therefore they resist heat loss more effectively than smaller birds. However, this is another example of a tradeoff because being large means that eagles need more food to stay alive. Being big is not enough, you also need to be an efficient forager so the bottom line is that in eagle world, it pays to be tactfully feisty. 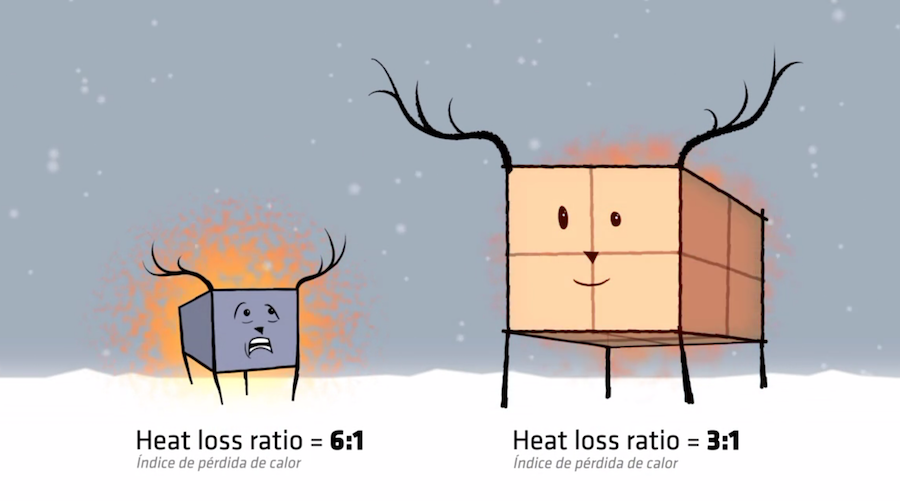 The next time we see Liberty or Freedom perched nonchalantly amidst the winter elements, let’s pause and give them a moment of admiration for the fact that they survive with nothing more than the natural wonders of their own biology.

Watch this video for a brief, easy to understand illustration of how surface-area-to-mass effects heat loss in animals.

Surface Area to Volume: The bigger they are, the harder they cool from Field Museum on Vimeo.