This season (as in seasons past), we've had the memorable pleasure of watching the eaglets projectile poop directly onto one of the cameras. That’s right, this week we’re going to discuss projectile pooping.

For starters, let’s investigate the process of digestion. Birds do not chew their food like us, but rather they swallow food whole or use their adaptive beaks to rip, crush, or break an item into smaller pieces. Some birds such as ravens, crows, and gulls have discovered innovative ways to initiate this process by either dropping shellfish on rocks, or in the case of black vultures, dragging coconuts into roads to be flattened by oncoming cars. After a bird swallows, the food moves down the esophagus and into a crop, where upon it is stored to give the bird more time to digest. Once a morsel passes on to the stomach, it goes through the proventriculous which softens the food, the gizzard which grinds it, and then on to the intestines. Next is the ceca, two pouches that assist the bird in absorbing remaining water and completing the final steps of digestion. 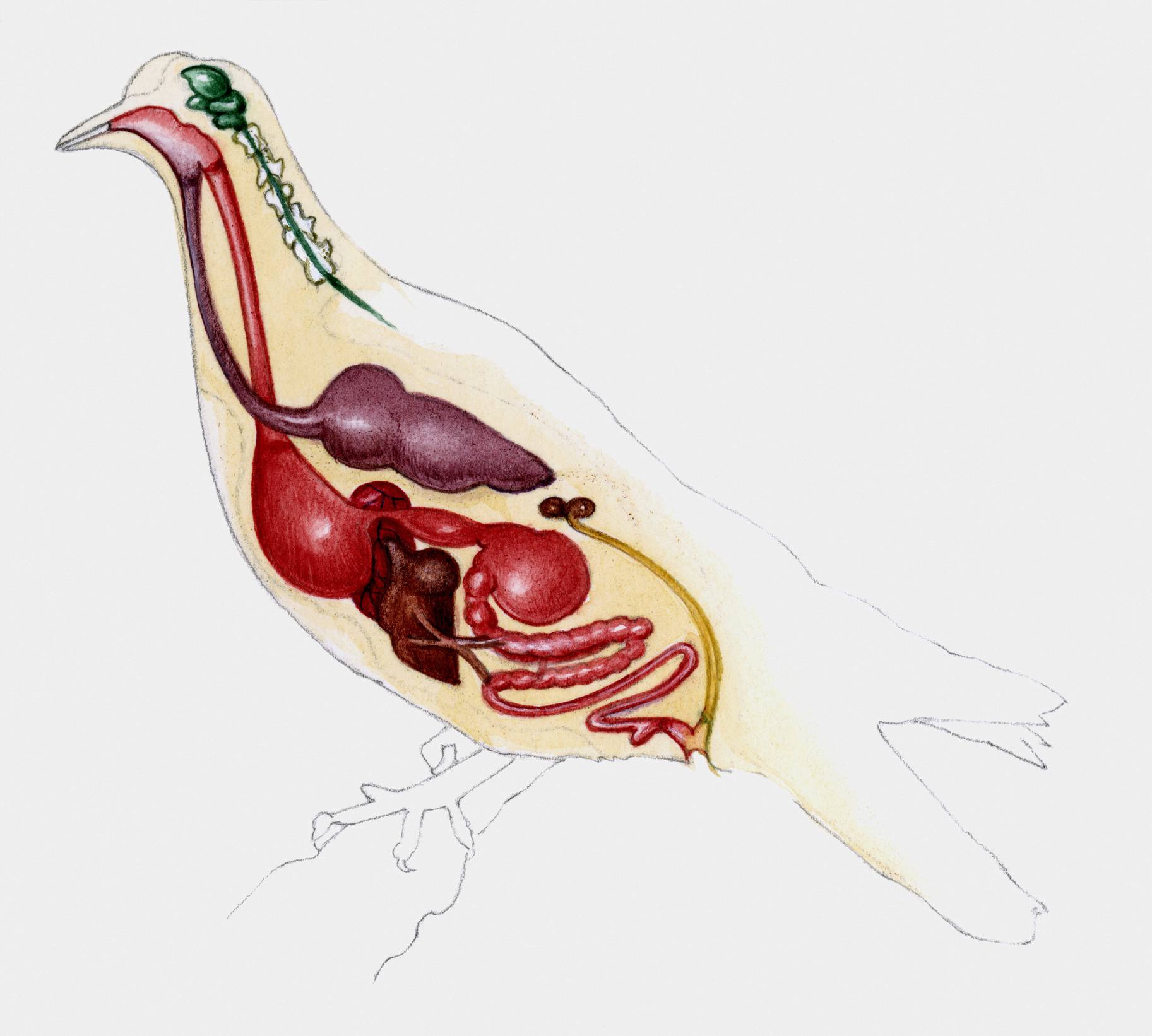 Finally, it’s time for expulsion of the remaining components, bringing us to the aptly named term well known among the birding community: whitewash.

As you can imagine, with two quickly growing offspring, the Hanover home could easily become soiled to the point of foulness, especially considering how many carcasses are brought back each week. However, many of the fish remains that Liberty and Freedom have delivered to the nest are nowhere to be seen, suggesting that they are effectively removing the remains and keeping the nest relatively hygienic. This is a common practice for many birds in order to keep insect populations down, manage the buildup of bacteria, and also to reduce the chances of mammalian predators detecting the nests by smell. The accumulation of poop is a concern for similar reasons.

Birds solve the “poop problem” in different ways. Raptors, exemplified by the Hanover eaglets, back their booty up to the back of the nest, aim, and shoot. This behavior is a built-in mechanism for nest cleanliness, and alleviates Liberty and Freedom from having to do what many other birds do, which is slightly less appealing. Many songbird chicks produce what are called fecal sacs soon after digesting a meal, and their parents quickly take hold of the sac with their beak and either eat it, or fly off and drop it far from the nest.

And you thought diapers were too hands-on.

While mammals dispose of excess nitrogen by dissolving metabolic waste in water and producing urine, birds get rid of nitrogen using uric acid. This results in the formation of a white paste that can pass through the body and is easily stored within the eggshell during development, but requires much less water to create. Saving water is a priority for many birds, especially those with long migratory journeys that naturally want to avoid the inconvenience of detouring to find fresh water as they fly over oceans or ridge systems (shockingly, some marine birds can drink sea water and excrete the salt out of their eyes!)

Interestingly, not all bird poop is created equal. Diet influences coloration, and therefore groups of birds vary in their product. For example, birds that that consume primarily fish such as seabirds have whiter poop than others since nearly all parts of the fish can be digested, resulting in less defecation which is responsible for the darker hues.

Most of us have found white gifts from the sky on our vehicles, or even worse, on ourselves, hence the famous warning among birders that no matter how jaw-dropping a new bird (literally), it’s always best to keep your mouth shut. However, next time you see your car whitewashed by a passing migrant, or you view the Hanover eaglets projecting their most recent meal all over the web cam, I challenge you to pause and marvel at the phenomenon before your eyes.

Sanitation is not the rule for all birds. While many strive for cleanliness, others prefer to maintain a layer of grunge. Burrowing owls repurpose old mammal burrows for their nests, and one study demonstrated that removing accumulated old nesting material such as mammal dung actually reduced the likelihood of burrowing owls returning to their nests, implying that there may be benefits to keeping such substrate around.