A Fond Farewell (Until Next Year)!

Stars and Stripes have begun the next chapter of their life. This past year the Hanover home has been filled with startling discoveries, not only for the youngsters, but also for their human fans.

During January and February Liberty and Freedom set up shop in the freezing cold, tactfully placing sticks and building a stable platform that could (and would) weather the weather no matter the weather. On Valentine’s Day we watched the pair copulate in the nest, an event that is rarely captured on nest cams! Romance was in the air. 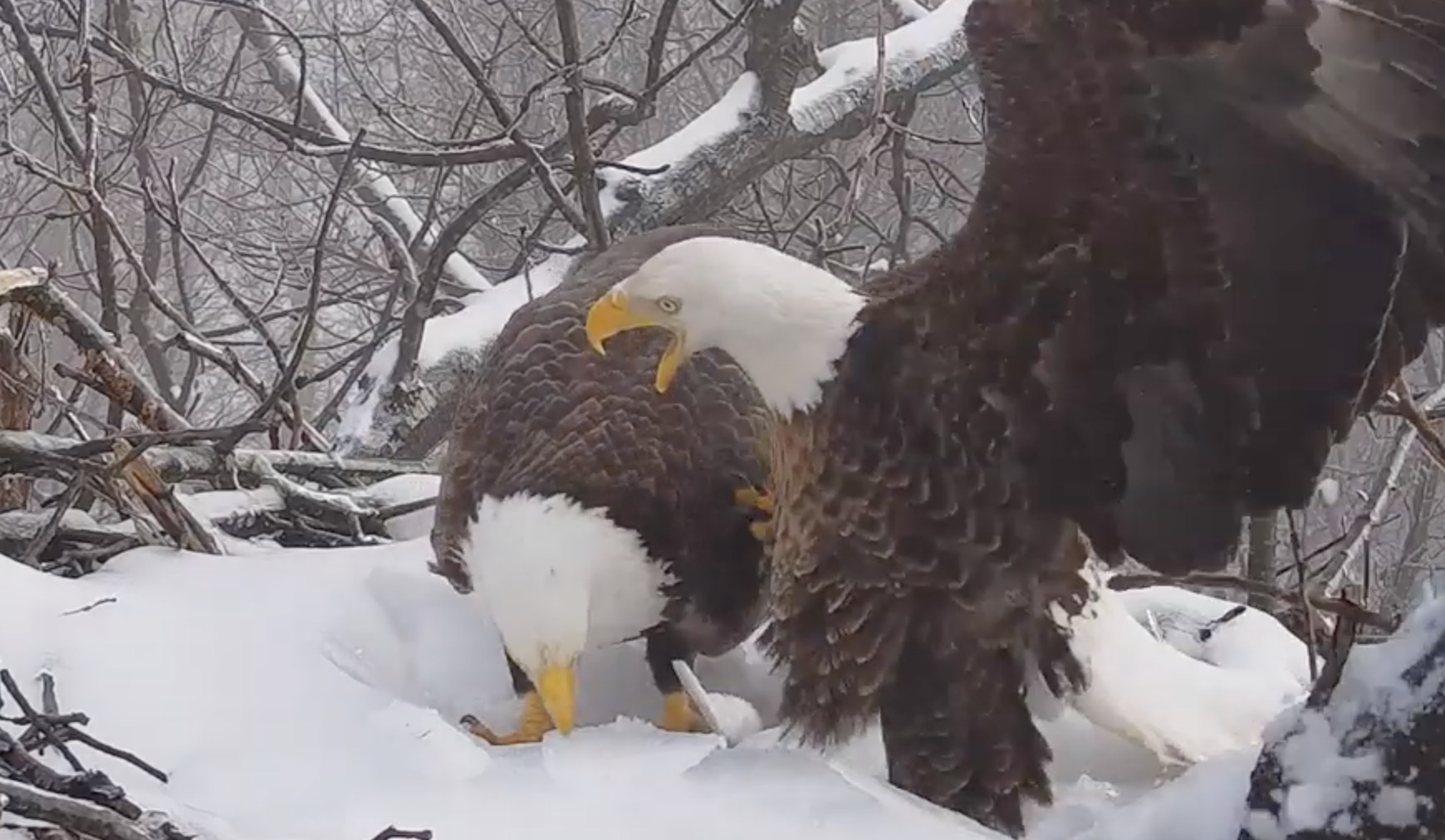 In March the eggs were laid several days apart, initiating the incubation period and a near constant level of activity at the nest. The duo split incubation responsibilities admirably, and while Liberty eventually took more responsibility over the eggs, Freedom was never far. 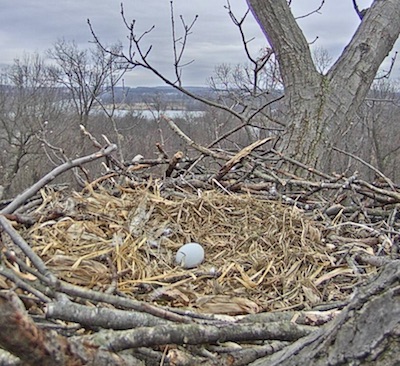 April will be remembered as the hatching month. Stars and Stripes began life weighing only a few ounces, unable to regulate their own core temperature, and completely reliant on their parents. By May the nestlings were beginning to look more like eagles, sporting fluffy mowhawks and feather tracts along their bodies. They also began experimenting with their mobility, resulting in frequent face plants and amusingly uncoordinated head bobs.

June brought on more solo time for the nestlings as Liberty and Freedom began to interact with them only during feeding events. The personalities of Stars and Stripes began to show, and while sibling antagonism was relatively uncommon for these two, they certainly practiced asserting themselves as the month progressed. Behavioral changes such as wing beating, hopping, and “grabbiness,” became commonplace, and when Stars was knocked from the nest during a feeding tussle, many viewers were understandably concerned. Stars illustrated the heartiness of the bald eagle when he/she returned to the nest unscathed and without assistance, likely using those newly formed muscles to complete the journey home (most likely from a nearby branch, but still impressive!). 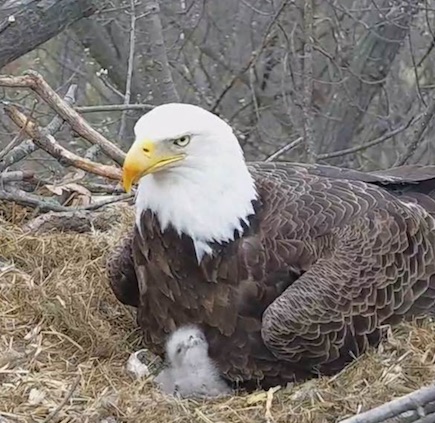 Now, July has arrived, and August is fast approaching. This beloved family is nearing a true state of independence as autumn approaches. We can infer from the decrease in nest visits that a home base is no longer crucial for Stars and Stripes. As they learn their way around the surrounding territory, their youthful curiosity and observational skills will lead them further and further away. If the nearby lakes and ponds freeze up, or if snow obscures alternate food sources, the two may travel South.

Until then, all four family members will remain in the area. Stars and Stripes are gaining hunting and foraging skills by watching their parents and practicing on their own. The two eaglets will spend the next four years scouting out wintering and summering sites, likely throughout eastern North America. Around their fifth year they will begin looking for a mate and adequate nesting territory, which oftentimes ends up being located 250 miles from an eagle’s own birthplace. This means that Liberty and Freedom’s grand-eaglets may end up right here in Pennsylvania!

If they choose to migrate this year, Star’s and Stripe’s movements would likely occur sometime in November. Juvenile eagles often may postpone migration longer than adults, presumably because it is safer to complete a trial-and-error period in familiar territory. Eagles face a higher than 50% mortality rate during their first year of life, and perilous migrations certainly do not enhance these odds. The more experienced Stars and Stripes are before their first winter, the better. After their first year, likelihood of survival increases significantly.

One way in which bald eagles have adapted to the risks of seasonal movement is by traveling efficiently. As large soaring birds, bald eagles are well-equipped to take advantage of meteorological phenomena that will help them save energy during long-distance migrations. Thermals and updrafts are two such examples, and by essentially catching rides, or “lifts” by hopping from thermal to thermal, eagles can gain distance southward without needing to flap the whole way there (flapping is a costly activity for many birds).

Pennsylvania is a well-known hotspot for eagle migration, particularly at Hawk Mountain Sanctuary in Kempton, PA, just two hours from the Hanover nest. The reason for the Sanctuary’s location is the Kittatiny Ridge. Originally, the name of this geographical feature was the “kau-ta- tin-chunk”, meaning “endless mountain” in the language of the Lanape. This southwesterly oriented ridge extends for 185 miles and provides a migration corridor for 16 different raptor species, in addition to many other birds, dragonflies, butterflies, and bats. Eagles utilize the prime updrafts that form against the ridge as an energy-saving mechanism as they move South. 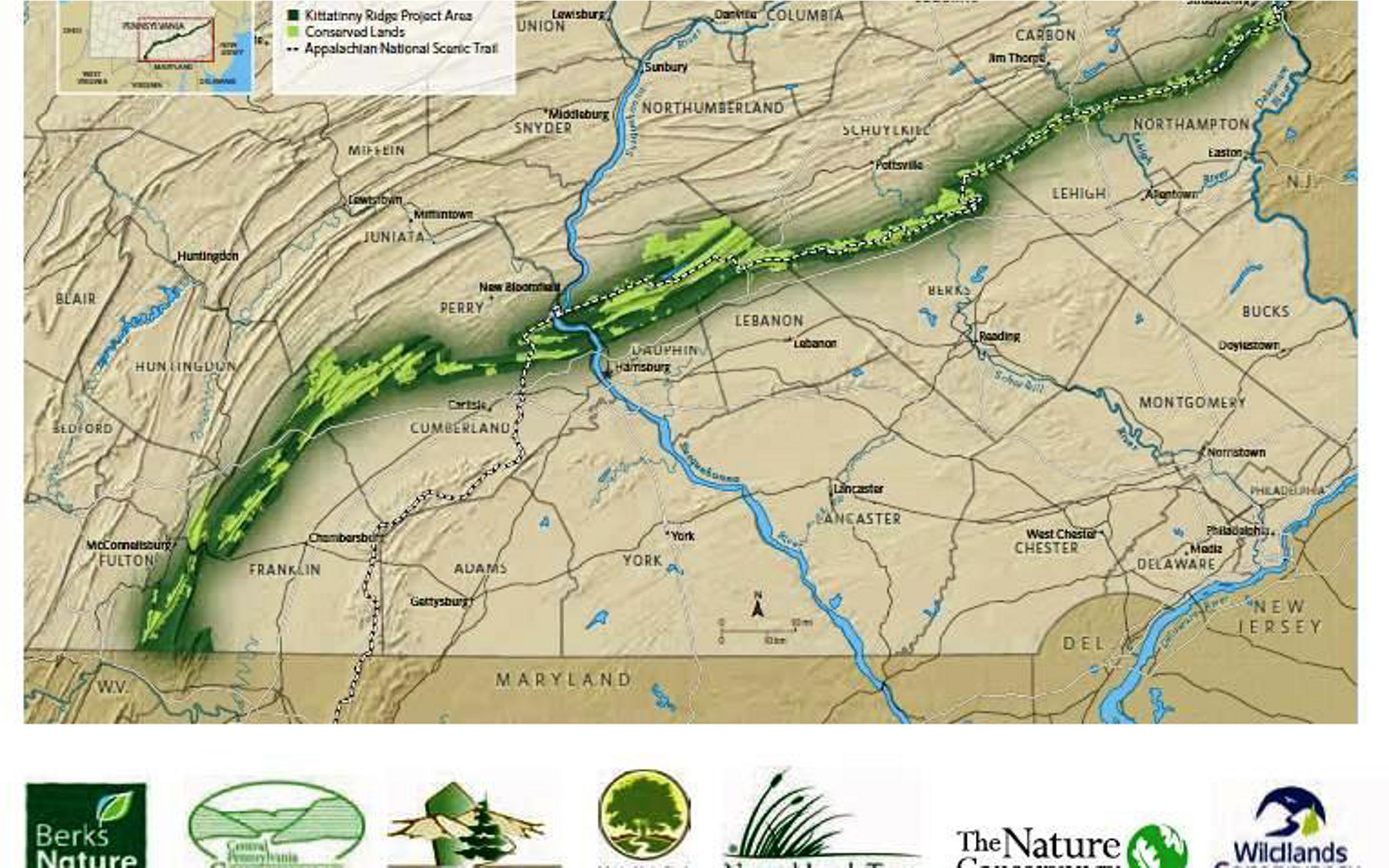 Visitors return to Hawk Mountain’s North Lookout annually to enjoy the spectacle of fall migration, hoping for close looks at bald eagles and other raptors. September and November are the best months to see migrating eagles, and just this past Autumn we counted 547 bald eagles and 145 golden eagles. Many days at North Lookout are characterized by elegant passes of eagles above the heads of astonished hawk watchers. During these treasured moments, silence ensues, and a collective hush falls upon children, families, hikers, and long-time visitors alike. As many of us here at the mountain can attest to, there’s nothing quite like eagle migration.

Bald eagles are not only symbols for this nation, but also of how important public participation in when it comes to the fate of wildlife. When Rachel Carson wrote her book Silent Spring in 1962 (see blog # 10 for a recap), she provided people with the facts. Her audience listened and put needed pressure on politicians to ban DDT. Without this sequence of events, the skies of North America could have been emptied of eagles, falcons, ospreys, and many other emblematic species. By focusing their efforts, the general populous helped to alter the course of human and environmental health for the better, saving the bald eagle in the process. One of the most uplifting aspects of conservation is the potential to cultivate a culture of appreciation and action around species that need our support. Just as the Lorax in Dr. Seuss’s acclaimed story of environmental degradation stated, “I speak for the trees for the trees have no tongues,”, we, as a passionate eagle-watching community, must speak for the eagles if the time comes.

Thank you all for reading this year’s blog, for watching the nest cam, and for extending your love and support to the Hanover eagle family. Your concern and interest in their well-being is a true testament to the importance of our work at Hawk Mountain, and to raptor conservation as a whole. Without an engaged public, we cannot possibly facilitate a safe future for our wild flighted neighbors. If all goes well, we’ll look forward to welcoming Liberty and Freedom home in January of 2020 for another great season!

Until then, may the odds be ever in their favor! 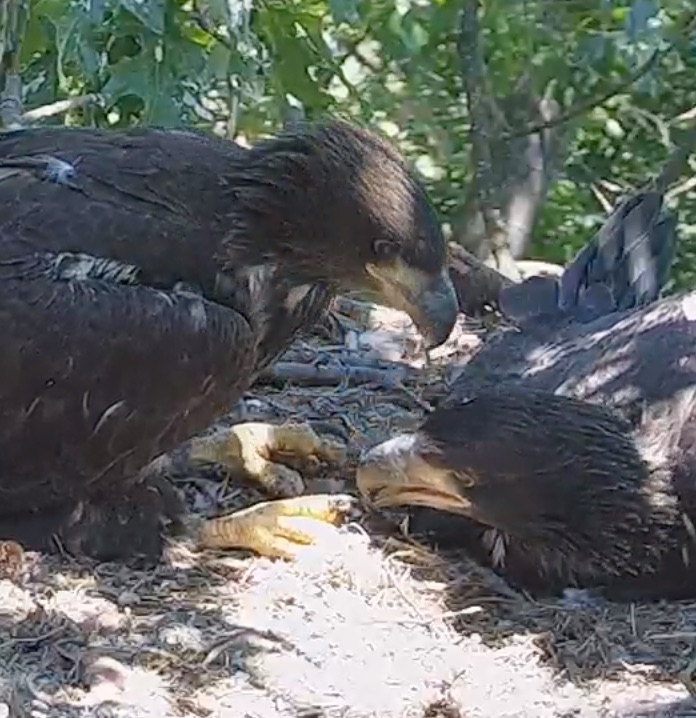 “Our goal is to ensure that songbirds, hawks, eagles, bears and even plants can travel as they must, and that nature will continue to provide the clean streams, rich forests and biological diversity on which all our lives depend.” -Nature Conservancy, on the importance of the Kittatiny Ridge

To learn more visit: Nature.Org to see eagle migration in person visit Hawk Mountain Sanctuary September through November. Hope to see you there! 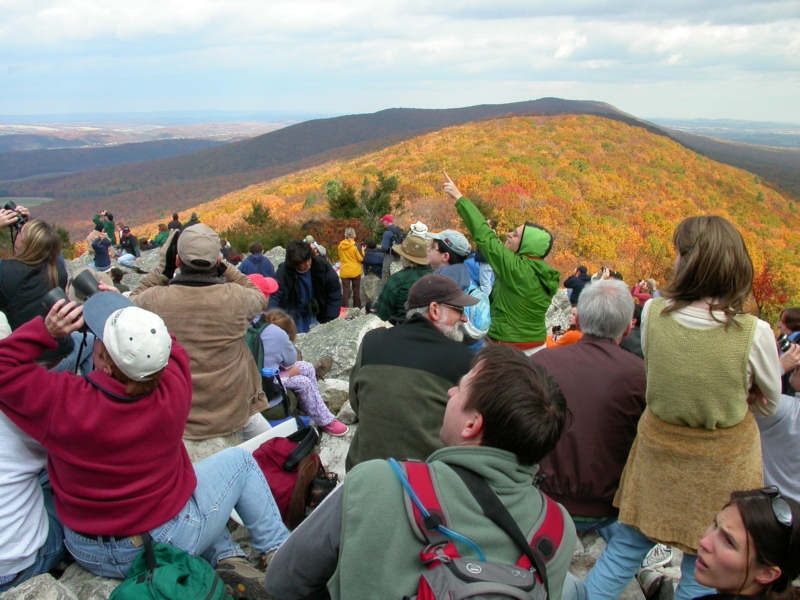