Live Webcams Help You See the World During Quarantine

These live webcams can help you see the world during quarantine 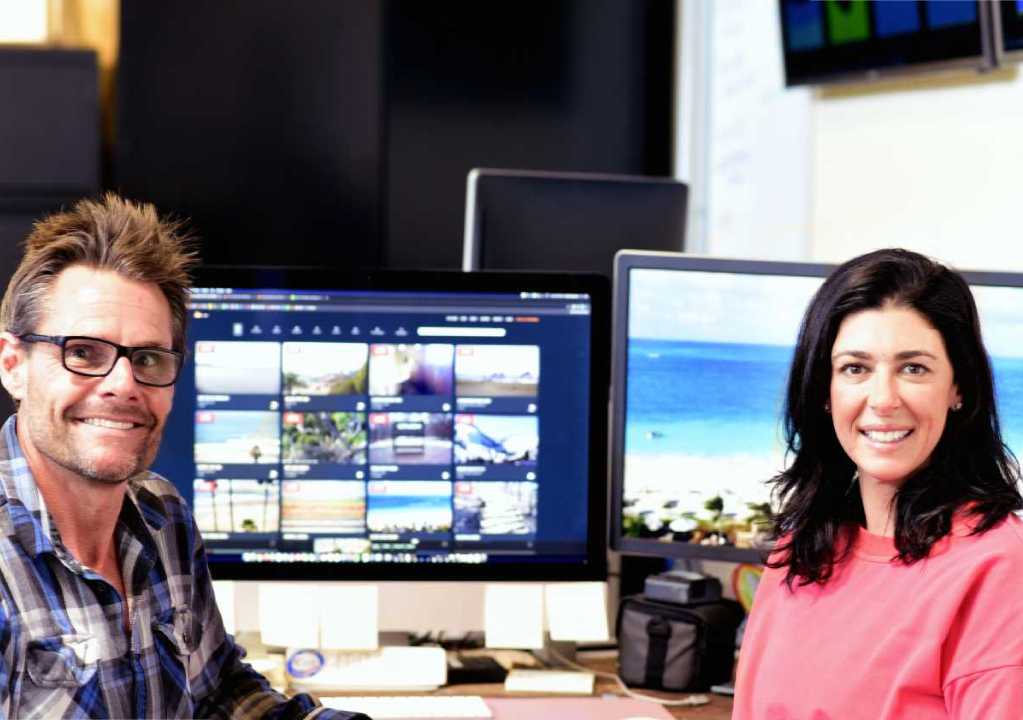 Even in the middle of a pandemic you can still travel around the country or even the world in total and complete safety thanks to live webcams.

Stationary live webcams are nothing new, with plenty of websites around where people can find live feeds from places such as exotic beaches, national parks, tourist attractions, zoos and aquariums.

You can even watch Earth live from outer space.

But now with stricter quarantine rules resurfacing, checking out a live feed could literally be your window to the rest of the world, and one particular Del Mar-based webcam company has 189 places you can visit live anytime from anywhere.

“It’s addicting. Where else would you be able to get a point-of-view shot of a bald eagle up-close and personal, or watch a great horned owl or a barn owl in their element? You would never see that. And there’s no filter, no one editing it, you never know what you’re going to see.” said Tiffany Sears, who started HDOnTap with her husband Tim Sears in 2011.

The company sells and installs cameras for live streaming, and many of the cameras they have installed for customers, as well as a few of their own, are available for viewing on their website.

The company currently offers a collection of 189 cameras that can be viewed for free and here are just some of the live webcams to check out at hdontap.com:

Barn owl: Located on a farm in Ramona, in San Diego County, this laid-back owl just kind of hangs out in the cozy corner of its nest most of the day and it’s somewhat relaxing just to watch it chill.

Cat cafe: Cat videos rule the internet so it’s no surprise you can spend hours just watching the felines frolic around at San Diego’s Cat Cafe. Most of the time they just chill, but it gets really exciting when they chase each other around or hop on their cat perches.

Doggie daycare: Cats may be the top dogs when it comes to ruling the internet, but dogs are just as fun to watch, especially at the very busy Happy Dog Day Care in Sterling Heights, Michigan. There are dozens and dozens of dogs running around, playing and chasing each other on this feed. And you have the option of choosing two views, one from the outdoor patio and one from inside. Keep an eye out for a German Shepherd who loves to jump up on tables, and try to watch later in the day when people come pick up their dogs since they all run to the door in a pack to see if that’s their owner coming.

Quaint town: You’ll feel like a bird perched on a rooftop as you watch people walk down Main Street in the town of Julian in San Diego County. You’ll often see motorcyclists roar through and tourists posing for pictures along the main drag.

Surf’s up: The website has several live beach cams in places such as Hawaii, Hermosa Beach, Del Mar and Santa Monica. But you’re likely to spend most of your time watching the surf cams that catch the action at spots like El Porto in Manhattan Beach and Malibu Point.

Here are other websites to check out for free live webcams

Animals: Plenty of zoos and aquariums have live cams including the Aquarium of the Pacific where you can see the penguins swimming around in all their cuteness at aquariumofpacific.org. Or for a real wild experience, go to the San Diego Zoo’s live cam at zoo.sandiegozoo.org and see all sorts of animals such as hippos, orangutans, tigers, elephants and giraffes as they go about their days.

Beaches: Check out livebeaches.com for a collection of live beach cams. This site gives you the option of searching for a beach, and if there’s a public live webcam there it will direct you to that site. Or, you can browse by state and it will direct you to public beaches as well as some resort cameras. A few of the beaches you can visit include the shorelines of Aruba, the French Riviera, and while it’s not a beach, people can also check out live feeds from the canals in Venice, Italy. Some are on a time lapse, but there are plenty on live feeds.

Outer space: This live feed from the International Space Station at nasa.gov is out of this world. The live feed is a bit hard to find on the site, so visit nasa.gov/multimedia/nasatv/iss_ustream.html and that’s where you’ll see the crew float round the station as well as live shots of the Earth.

World travel: Go around the world from home at webcamtaxi.com. You can visit London, where traffic passes along London Bridge. Or go to Japan and see a live shot of Tokyo Bay. If you want to hang out closer to home, visit San Francisco’s Castro neighborhood or see boats come and go at the Morro Bay Yacht Club.