One snowstorm later and the Hanover parents are still diligently caring for their clutch of two. Bald eagles nest early in the year, and as such, they know they may have to contend with winter storms. To cope with the cold, bald eagles can lower their body temperature at night to save energy and choose sleeping postures that prevent heat from escaping through bare appendages like beaks and feet. Big birds, like eagles, a leg-up on smaller birds when it comes to heat retention, due to a fun principle called the surface-area-to-mass ratio. Learn more about how it works here. 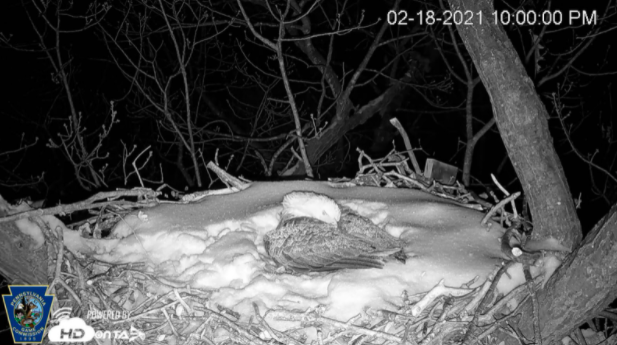 Roughly two days before hatching, the chick prepares for a complex journey into the outside world.

A developing embryo is entirely dependent on the contents of their egg home, including the yolk and albumen. They are physically connected to these components, and must remain in a specific position to receive nutrients, oxygen, and other essential substances for life. And yet, with astonishing instinct and grit, after 35 days, a tiny eagle chick breaks through the shell with almost no help from their parents. How do they make the transition?

First, the chick absorbs blood into their body from a network of vessels to which they were previously attached. Next, the chick punctures an air cell at the broad end of the egg and starts breathing through the lungs instead of relying on the oxygen that enters through the pores of the eggshell. The air pocket inside the egg forms because as the embryo develops, fluids escape through the shell, leaving a small space that gradually fills with air.

The third step is for the chick to absorb the remaining yolk contents into its abdomen through a stalk that connects directly to the small intestine. It sounds like something from a science fiction novel, but it’s true — these yolk nutrients sustain the hatchling during the first hours of its life.

Chicks emit peeps prior to hatching. The reason for this is unconfirmed, but the soft sounds could potentially cue the parents to orient the egg in a way that ensures the chick hatches into air rather than straw.

Once the chick successfully completes the first three steps — detaching from vessels, using their lungs, and absorbing the yolk — they begin breaking through the shell with vigorous pecks, called pipping. To aid the process they use an egg tooth, which is a hard calcium nub at the tip of the bill. 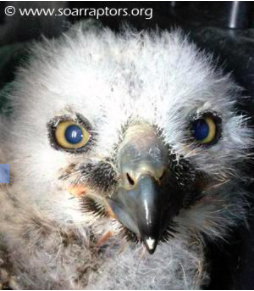 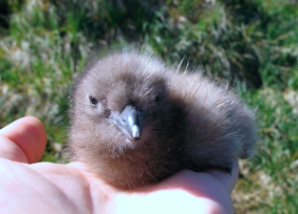 When the chick takes their first breath of outside air, they gain enough energy to push through the rest of the pipping process. While they peck their way out, they simultaneously rotate their body and press against the shell. Once they break free, they lie in the nest with eyes closed and little mobility. This is when the parents step in to ease the chick through the rest of the transition into their new life, keeping them warm and protected, as the egg used to.

This Saturday, March 19th, will be the 35th day since the first egg was laid. Around then, we may hear pipping and/or see behavioral cues from the parents that the hatching process is underway. Enjoy the best home entertainment around and wish the little one strength and persistence in their endeavor ahead!

Reptiles and egg-laying mammals such as the platypus also have an egg tooth.

Most bird species shed their egg tooths after hatching, however some, including finches and sparrows, actually absorb the egg tooth into the body!

For guillemots, a colonial-nesting seabird mentioned in Blog 8, the pre-hatch peeps emitted by the chicks are thought to help parent and offspring learn to recognize each other, which proves important in a colony where everybody is packed together and mistaken identities do occur. 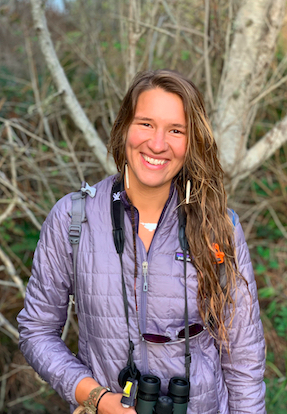 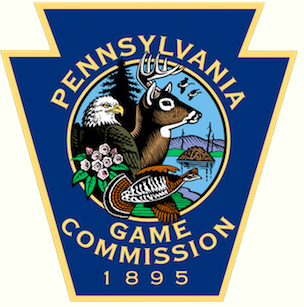