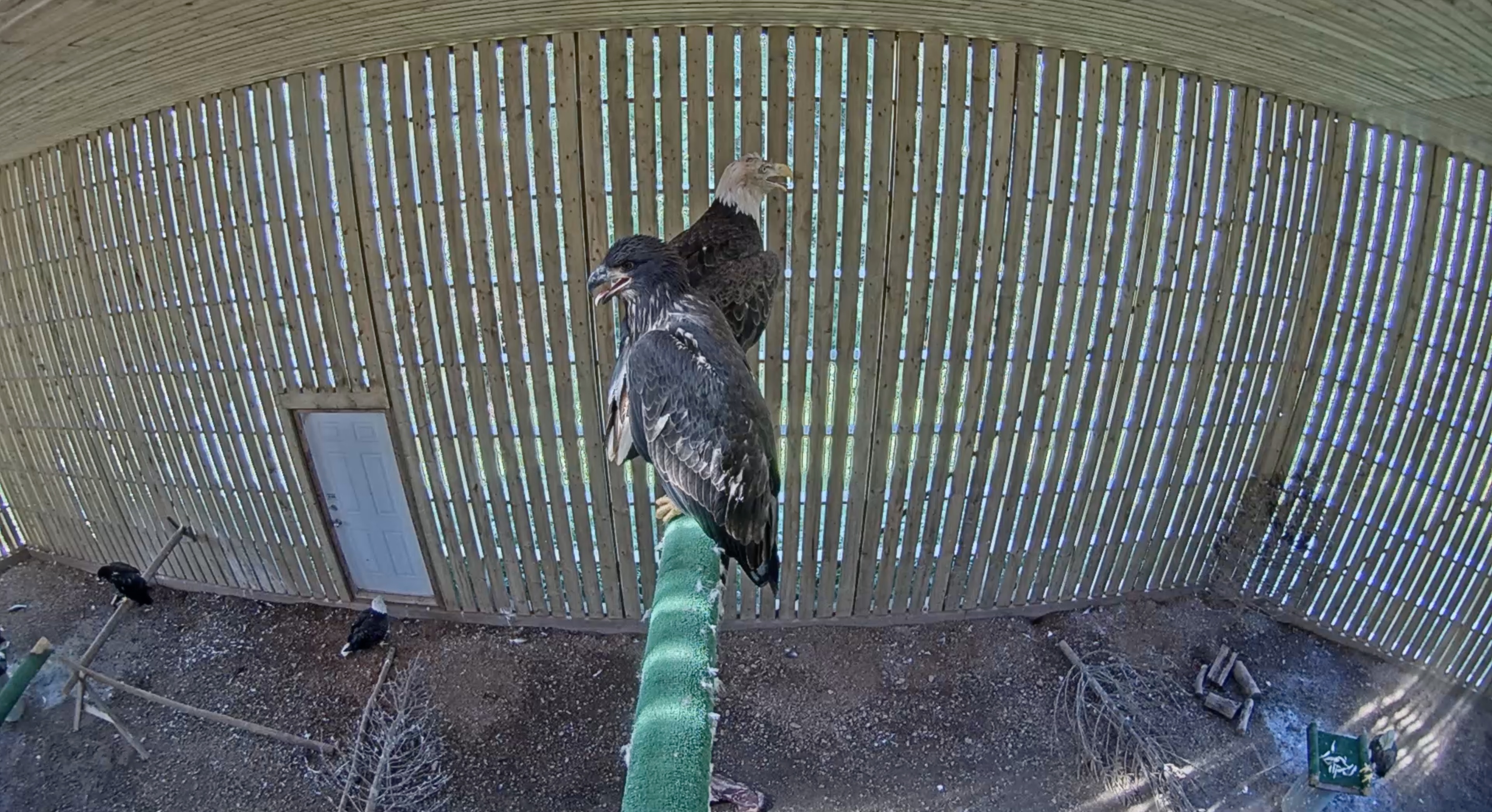 BROOKFIELD, NOVA SCOTIA - July 19, 2018 - Live animal camera fans experiencing withdrawals during the nesting off-season have a new reason to be excited! HDOnTap has partnered with the Cobequid Wildlife Rehabilitation Centre to bring an intimate view of rehabilitating wildlife, including bald eagles, to screens around the world.

The Cobequid Wildlife Rehabilitation Centre (CWRC) is a nonprofit organization dedicated to providing veterinary medical care to injured and orphaned wildlife. The organization and volunteer staff is headed by Helene Van Doninck, co-founder and resident veterinarian, who recently was honoured with the Canadian Veterinary Medical Association’s (CVMA) Humane Award. “Our goal is to rehabilitate wildlife, with a minimum of human interaction, and release it back into the wild. These cameras allow anyone to see the rehabilitation in action, without negatively impacting the raptors.”

Four live webcams have been positioned inside the “Big Jeezley,” the flight facility at the CWRC. Built in 2013 after several years of fundraising, the Big Jeezley (named after the Canadianism “jeezley”, meaning “big” or “dramatic”) allows raptors to rebuild their strength and stamina during their rehabilitation. While housed in the Big Jeezley, recovering raptors can choose when, for how long, how often and in which direction they would like to fly. “The Big Jeezley is the largest flight rehabilitation structure in Eastern Canada,” said Murdo Messer, CWRC co-founder and board chair. “It is essential to the successful recovery large raptors.”

Most recently, the Big Jeezley was home to a Golden Eagle, a first for the CWRC and rarely seen in Atlantic Canada. X-rays revealed that the eagle had a fractured shoulder blade, which prevented it from flying. “After several weeks of rest and limited movement, we decided it was time to see how well he had healed.” says Messer. “The eagle came out like a rocket, immediately banked to make the turn and flew the length of the flyway without issue.” The Golden Eagle was successfully returned to the wild on July 7th.

"We are delighted to partner with the CWRC and anticipate that the Big Jeezley cameras will quickly become some of our most popular streams” says HDOnTap Marketing Director Tassia Bezdeka. "It’s an honor to provide streaming and exposure for organizations like the CWRC that do so much to protect our world and the creatures within it.”

The live video feeds of the Big Jeezley are available at https://hdontap.com/index.php/video/stream/cobequid-raptor-flight-facility-live-cam.