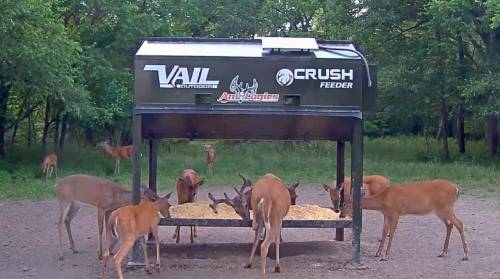 The live deer feeder webcam is located in Southern Iowa.

The best time to view deer on this webcam is early mornings and evenings.

This live cam has two live cams providing two views, the wide angle of the entire feeder and surrounding woods is the main view. Click on the "More Views" button in the left corner of the feeder to see the up close POV cam. 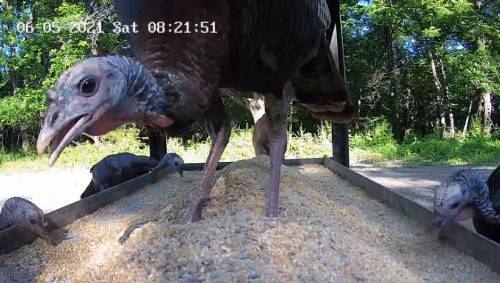 The new POV cam gets you up close and personal with a variety of wildlife that frequent this feeder. You can expect to see deer, squirrels, raccons, birds, possums, and even wild turkeys at this automatic corn feeder.

This live streaming camera is perfect all year round, you can view each of the seasons in the midwest through the lens of this live cam. 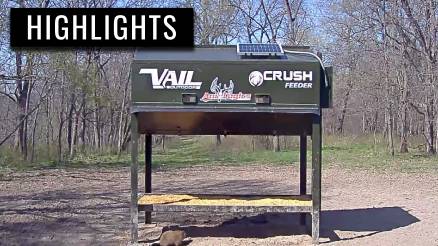 Enjoy watching a woodchuck make a visit to the Crush Deer Feeder Cam!