Watch as California hummingbirds live feed at feeders on this private residence in El Cajon, California.

There are 14 different hummingbird species in California. Hummingbirds include the smallest birds in the world, but they belong to one of the largest group of birds, the Trochilidae family. These enchanting birds are found in deserts, mountains, and plains, but most live in tropical rain forests. Their name refers to the humming sound made by their tiny, beating wings; each species creates a different humming sound, depending on the speed of its wing beats..

When it comes to flying, nobody does it better. Like a helicopter, a hummingbird can go up, down, sideways, backward, and even upside down! They can beat their wings from 20 to 200 times per second. If a hummingbird sees a hawk or other bird that it doesn’t want in its territory, it gives a high-pitched warning and starts doing dive attacks. The hummingbird is fearless, as it can outmaneuver everything unless taken by surprise.

Even though hummingbirds are small in size, they have a large appetite. Their diet is mostly liquid—nectar—and these birds get plenty of exercise with all that zipping around just to get from sip to sip.

These petite birds consume between 3.14 and 7.6 calories a day. That may not seem like much, but if humans (who may eat 3,500 calories a day) had the metabolism of a hummingbird, they would have to consume approximately 155,000 calories a day. That’s about 77 times as much as most humans eat! The hummingbird’s need for lots of calories is due to its high heart rate and small body size. Some hummers have been observed visiting 20 flowers a minute, and with their hover-and-sip style of feeding, they keep beating their wings and working out even while they eat.

Because they eat so much, hummers must digest their food quickly. They can digest a fruit fly, soft insect, or spider in 10 minutes. To get through the night without making dozens of food runs, hummingbirds go into a kind of nocturnal hibernation, lowering their body temperature and heart rate so they can get some rest. 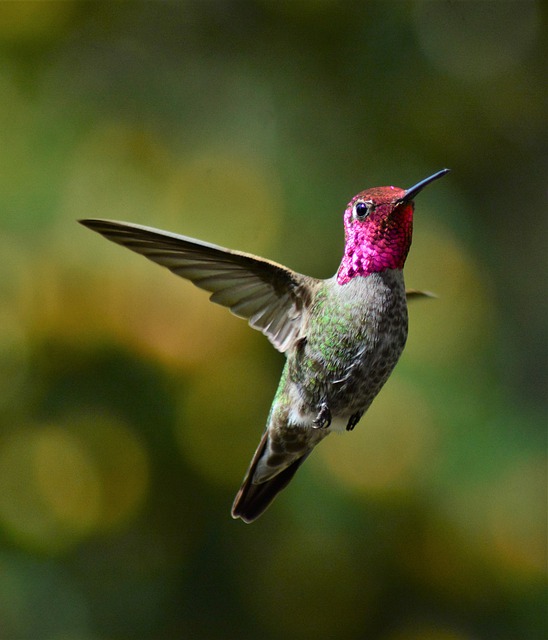 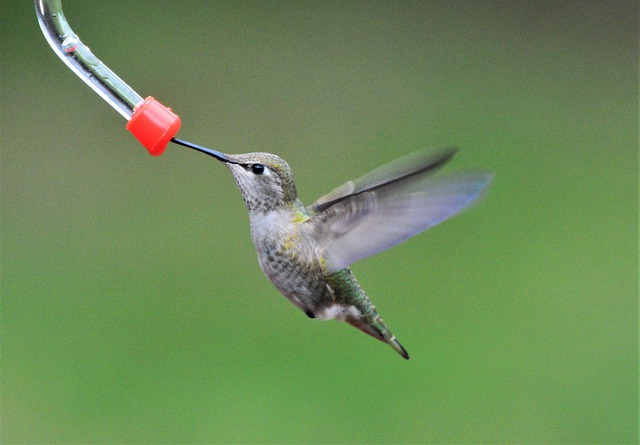 Anna's hummingbirds are the most common hummingbird species in California and live in the area year round. Anna's hummingbirds are larger and known to be the most vocal hummingbirds in the United States. The males can be territorial and make a series of sharp chirping noises between feeding, sometimes diving at other birds at the feeder. Males have a dark red throat and crown which may appear black or dark purple in low light. Their underside is gray and backs metallic green. Females have light grey chest with white and red spotting on their throat with green backs. These hummingbirds typically live 3-5years. Their diet is primarily flower nectar and soft flying insects for protein. 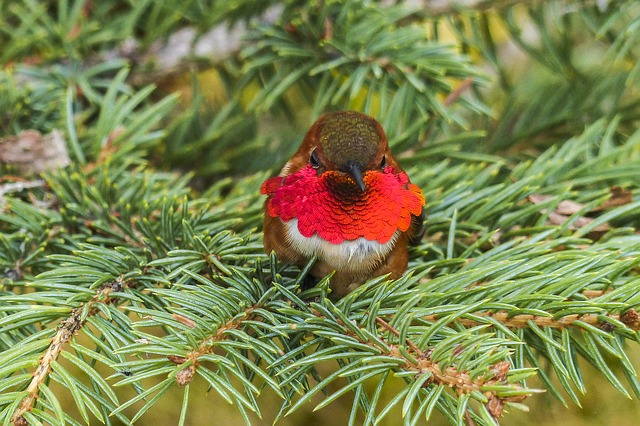 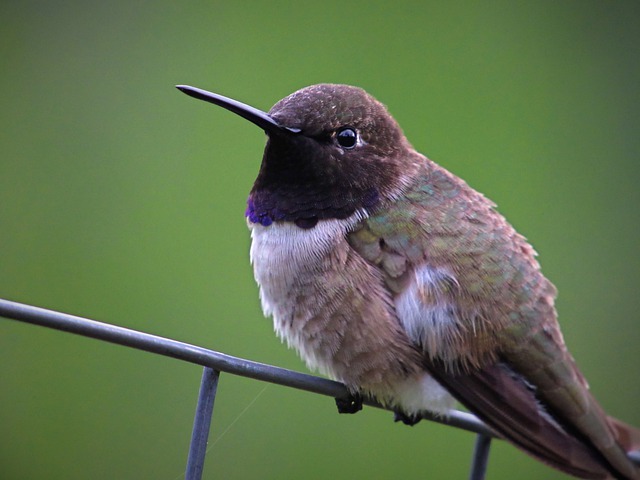 Black-chinned hummingbirds are native year round residents of California, the smallest hummingbird in the region. The males have black shimmering throat with a purple edge and pale feathers forming a collar, in certain light their head looks black. Their backs are green and some green feathers come around the sides to their pale belly. Females are pale colloring with light green back feathers.