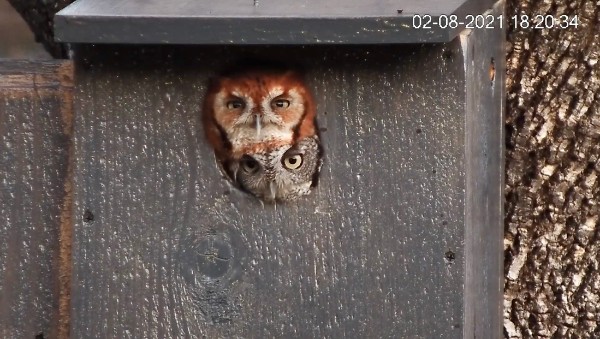 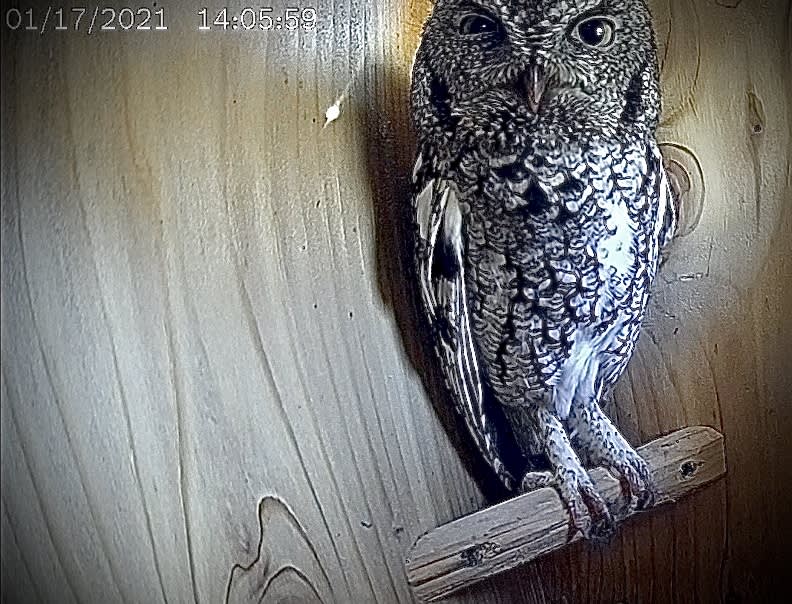 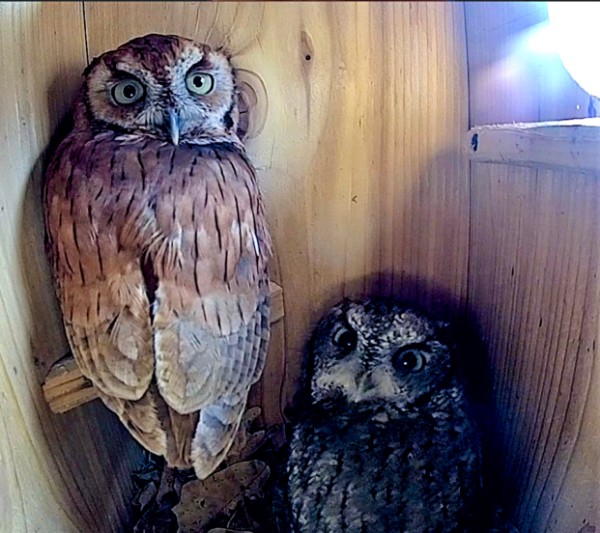 This owl box is located in Grapevine, Texas on a private residence near DFW on the North end across the creek, nearby Hoot House South home of Major and Maggie.

This is Leo and Lily's first season together in this box, however Leo has had several seasons in this Hoot House in Grapevine, TX. 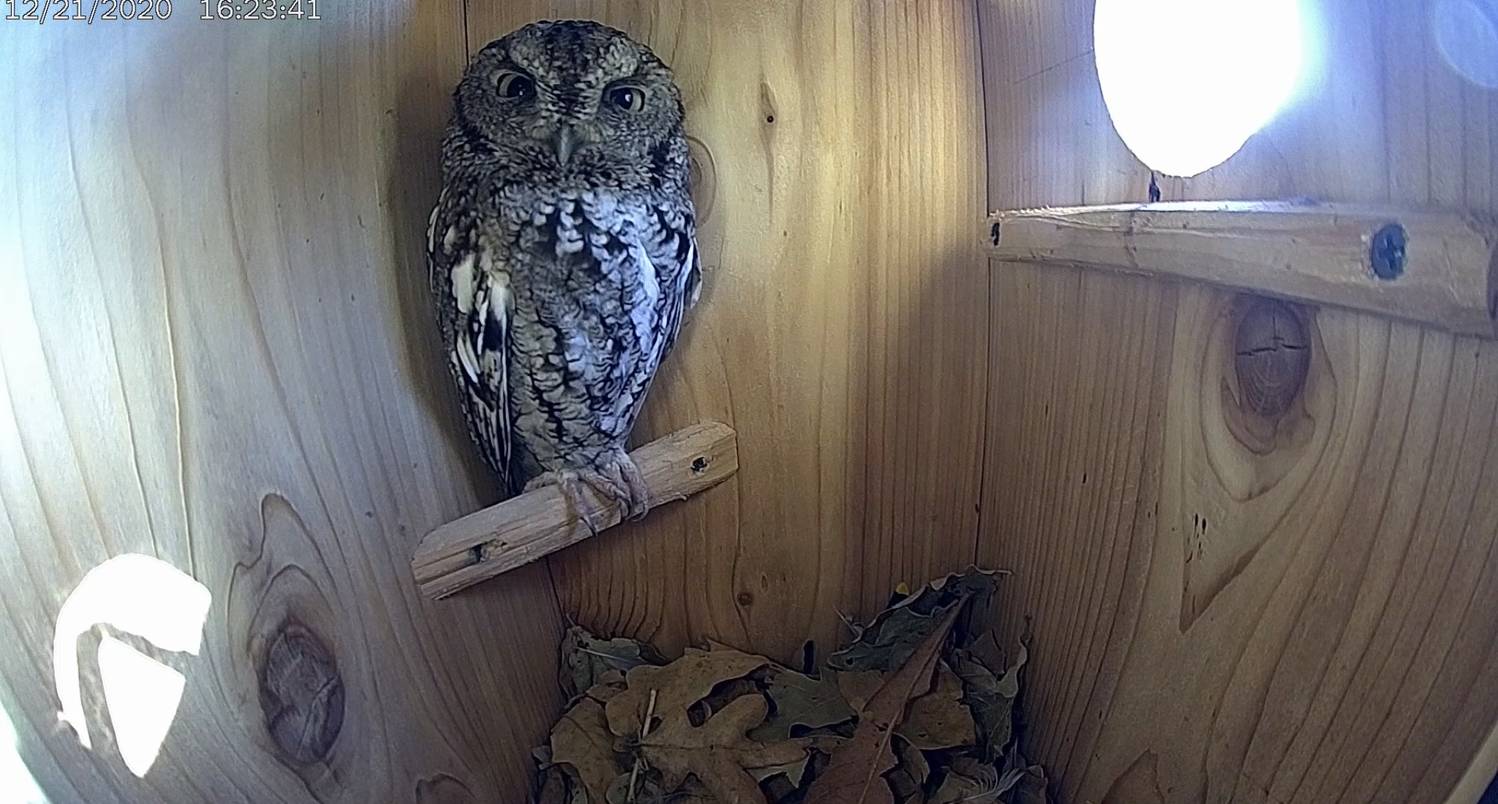 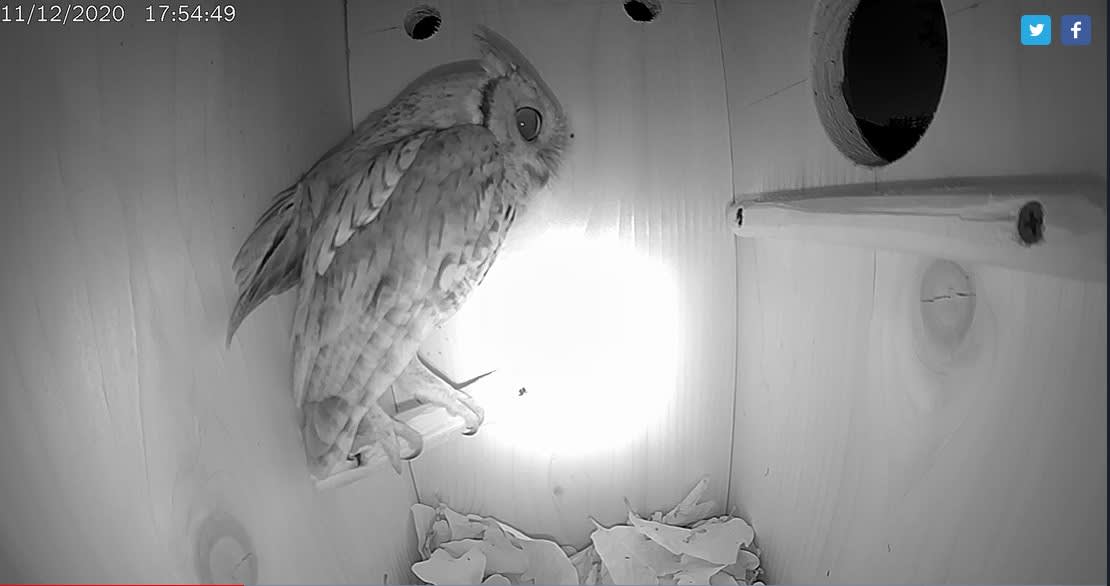 The Eastern Screech Owl is found wherever trees are, and they’re even willing to nest in backyard nest boxes. These supremely camouflaged birds hide out in nooks and tree crannies through the day, so train your ears and listen for them at night.

Like most raptors, male Eastern Screech-Owls are smaller than females, and are more agile fliers and hunters. The female doesn’t hunt while on the nest; she and the chicks depend on food brought them by the male. Though the male is smaller, his voice is deeper than the female’s. 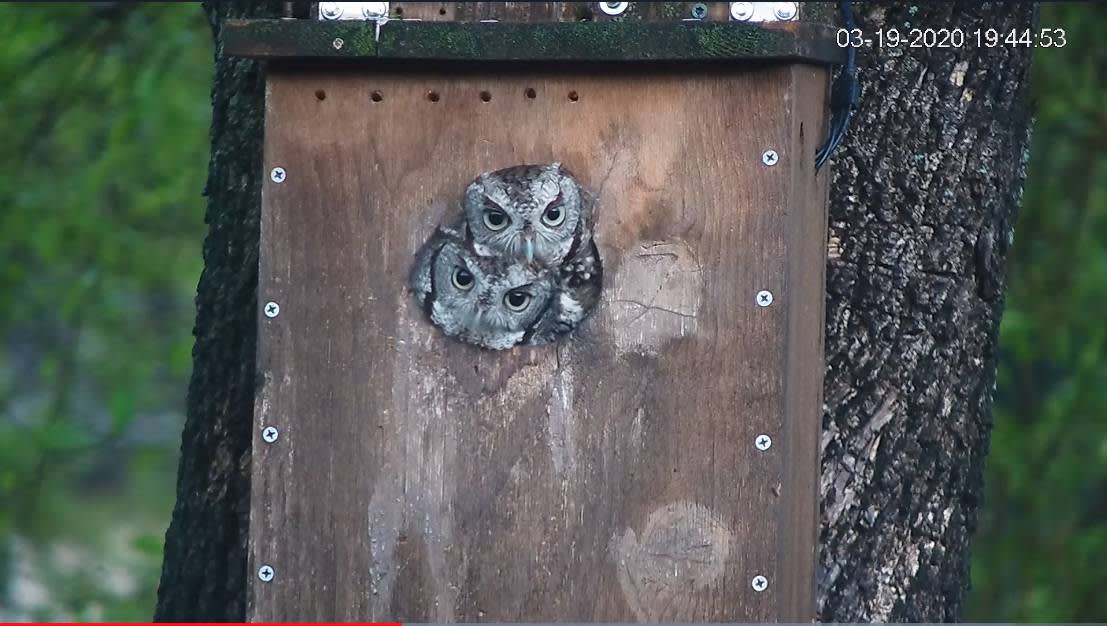 Leo and his former mate "Ladybird" 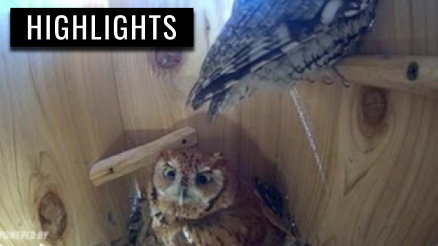 Watch as the Eastern Screech Owls in Grapevine Texas spend their first day in the box together after weeks of courting! 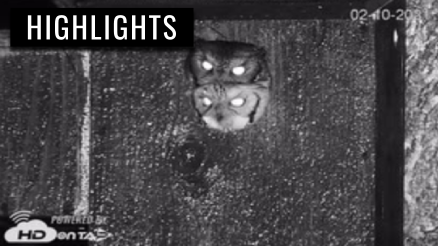 Home of Leo and Lily

Reminder to viewers: This is a wild Eastern Screech Owl box and anything can happen. While we hope that all eggs hatch and grow to be healthy and successfully fledges each season, things like sibling rivalry, predators, natural disaster as well as territorial disputes can affect the wildlife. Nature may be difficult to watch.