This owl box is located in Grapevine, Texas on a private residence near DFW. For the past two years, we have watched the resident Eastern Screech Owls, "Lizzie" & "Leo", through their entire nesting season from egg laying to fledgnig.

This will be Leo's 6th season and Lizzie's 3rd in the nest box. They have successfully fledged all 8 of their owlets together!

The Eastern Screech-Owl is found wherever trees are, and they’re even willing to nest in backyard nest boxes. These supremely camouflaged birds hide out in nooks and tree crannies through the day, so train your ears and listen for them at night.

Like most raptors, male Eastern Screech-Owls are smaller than females, and are more agile fliers and hunters. The female doesn’t hunt while on the nest; she and the chicks depend on food brought them by the male. Though the male is smaller, his voice is deeper than the female’s. 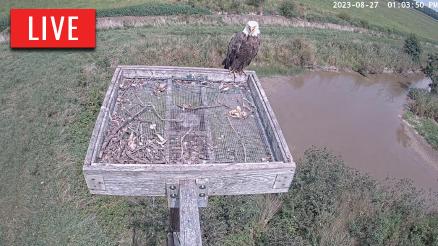