To provide an in-person elk viewing opportunity, the Virginia Department of Wildlife Resources worked with Southwest Virginia Sportsmen and Rocky Mountain Elk Foundation to help provide an Elk Viewing Area, which contains multiple elk viewing platforms on a Buchanan County-property in Vansant, accessible from the Southern Gap Outdoor Adventure Center. A designated site on the Virginia Bird & Wildlife Trail, these three sheltered platforms have bench seating, are accessible, and overlook managed wildlife habitat areas that provide visitors the opportunity to view elk, white-tailed deer, turkey, grassland birds, butterflies, and the occasional black bear. An estimated 8,000-10,000 visitors frequent this area every year to view elk and other wildlife, a number that is sure to only grow.

The best times to see elk are during September and October around dusk and dawn hours.

Subscribe to the Virginia Department of Wildlife Resources Email Newsletter 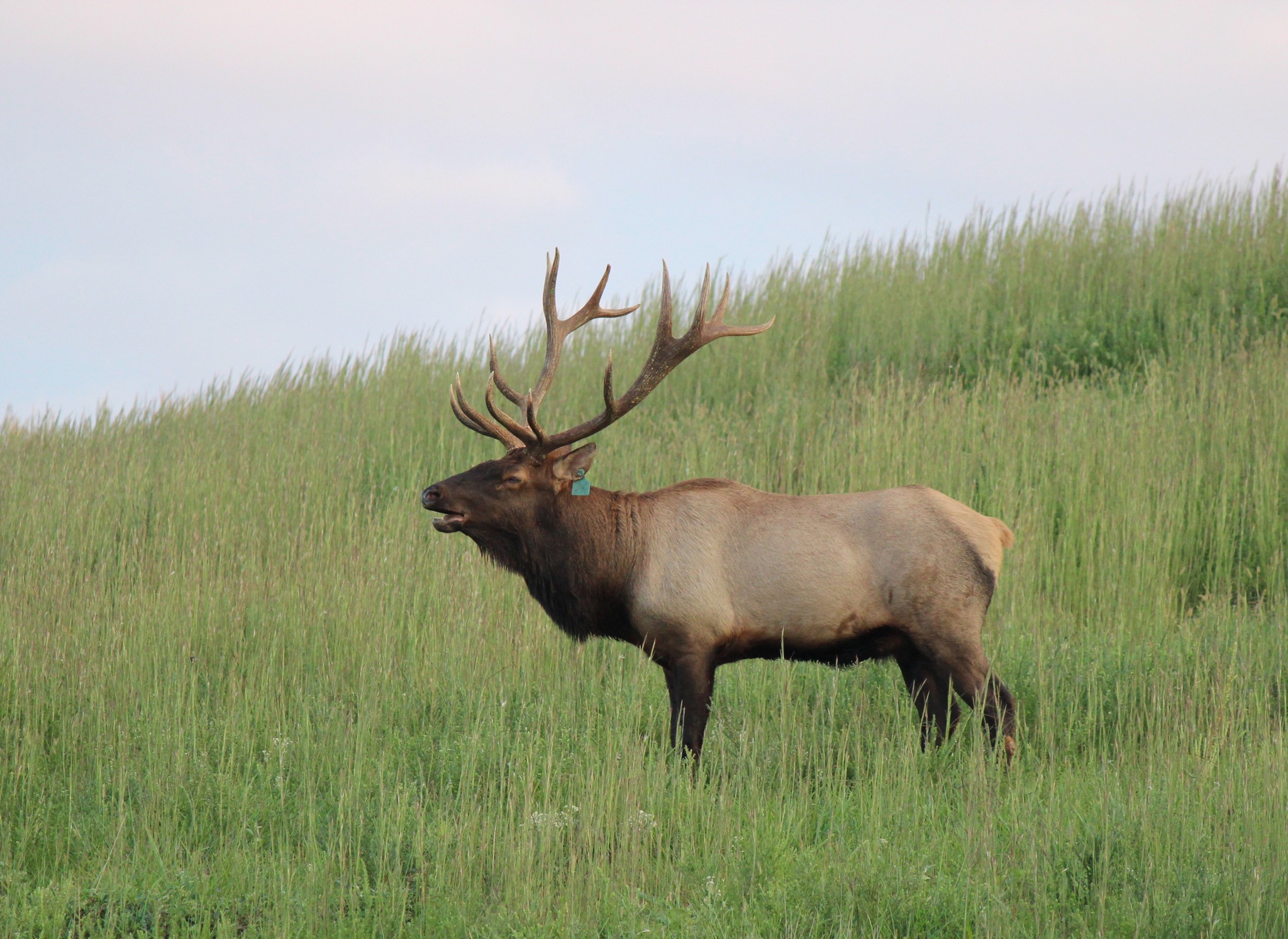 The elk viewing stations are made possible by the Virginia Department of Wildlife Resources. 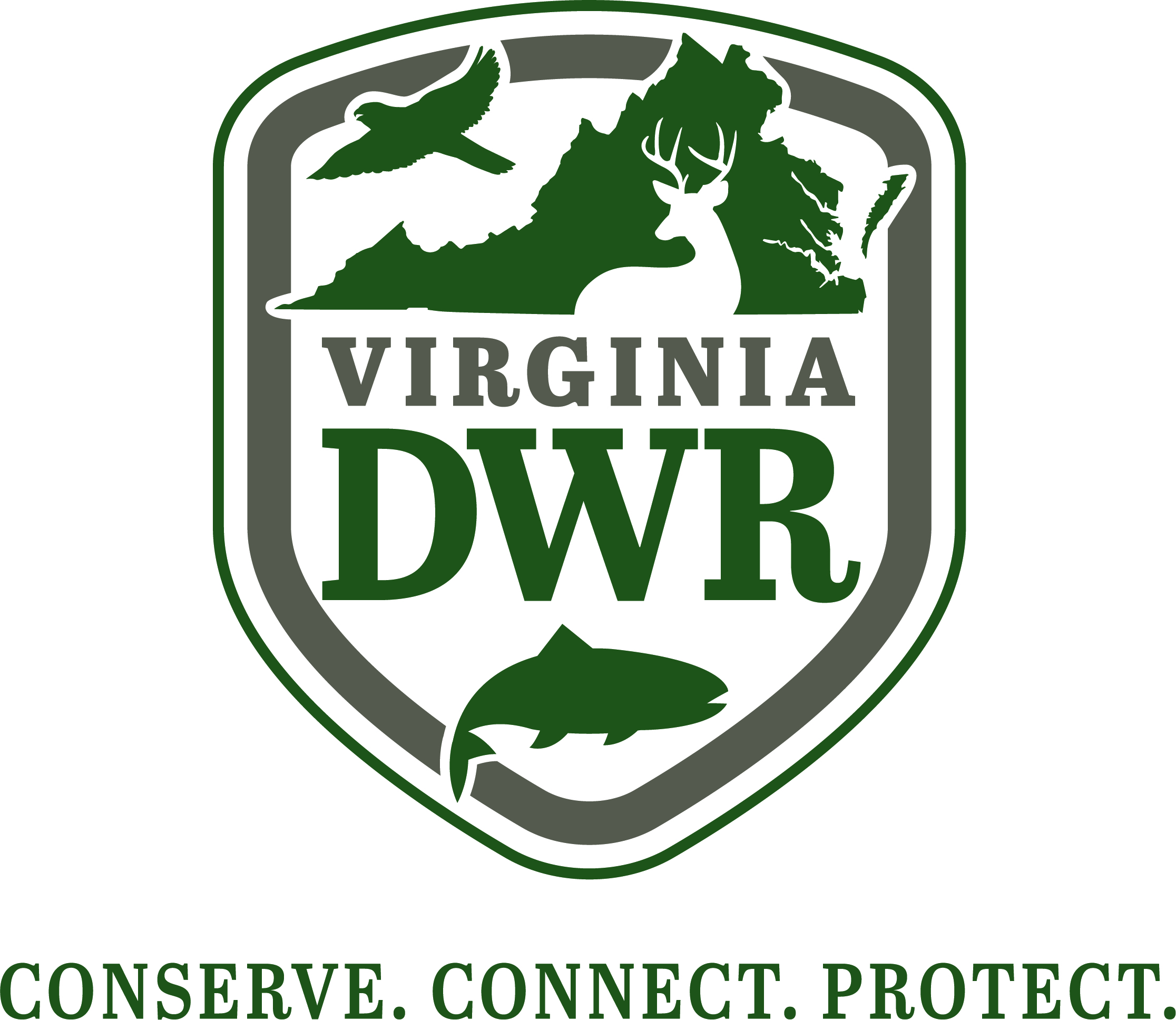 History of Elk in Virginia

Native Virginia elk (Cervus elaphus) once actively roamed across east Virginia to the Fall Line. The summer habitat was on mountain ridges and winter in valley bottoms. There are many places in Virginia that carry the elk's history as well as their name, like Elk Island in Goochland County or Elk Garden in Russell County. Due to hunters harvesting elk faster than populations could recover and loss of grazing habitat, the last native elk was killed in 1855 in Clarke County before the Civil War. For 60 years there were no elk grazing in the state of Virginia, the first reintroduction of elk began between 1913-1922 when elk were imported and released in Augusta, Bath, Botetourt, Cumberland, Giles, Montgomery, Princess Anne, Pulaski, Roanoke, Rockbridge, Rockingham, Russell, Warren, and Washington counties. A variety of factors, including over-harvest and poaching for crop damage, poor habitat quality, and poor selection of release sites, led to the waning of the elk population over the next few decades. By 1926, only two herds survived in the wild. To revive the population in 1935, more elk were imported from Yellowstone National Park. By 1970, elk were again absent from the Commonwealth. Kentucky started a massive elk restoration project in 1997 in the eastern part of the state. This prompted Virginia to conduct a feasibility study for restoring elk once again. Completed in 2000, the study revealed adequate habitat for the animals but a lack of public support. Therefore, restoration efforts were put on hold. Growing interest in elk from the Virginia Department of Game and Inland Fisheries (DGIF) Board led to a directive in 2009 for staff to develop an operational plan for elk restoration. From 2012–2014, 75 elk were translocated from eastern Kentucky to restored mine lands in Buchanan County, Virginia.  With the help of Virginia Tech, the Virginia Elk Management Plan was created by DGIF staff based on public input and stakeholder involvement and adopted by the DGIF Board in 2019. As of 2021, there is an estimated 275+ elk in Virginia, mainly occurring in Buchanan and Wise counties, with occasional sightings in Dickenson, Russell, Scott, Lee, and Tazewell counties. The first managed elk hunt within the Elk Management Zone (Buchanan, Dickenson, and Wise counties) since the restoration will occur in October 2022. Elk management in Buchanan County is a success due to the cooperation among the Virginia Department of Wildlife Resources (formerly, Department of Game and Inland Fisheries), Rocky Mountain Elk Foundation, Southwest Virginia Sportsmen), Breaks Interstate Park, Southern Gap Outdoor Adventure, The Nature Conservancy, and private landowners. 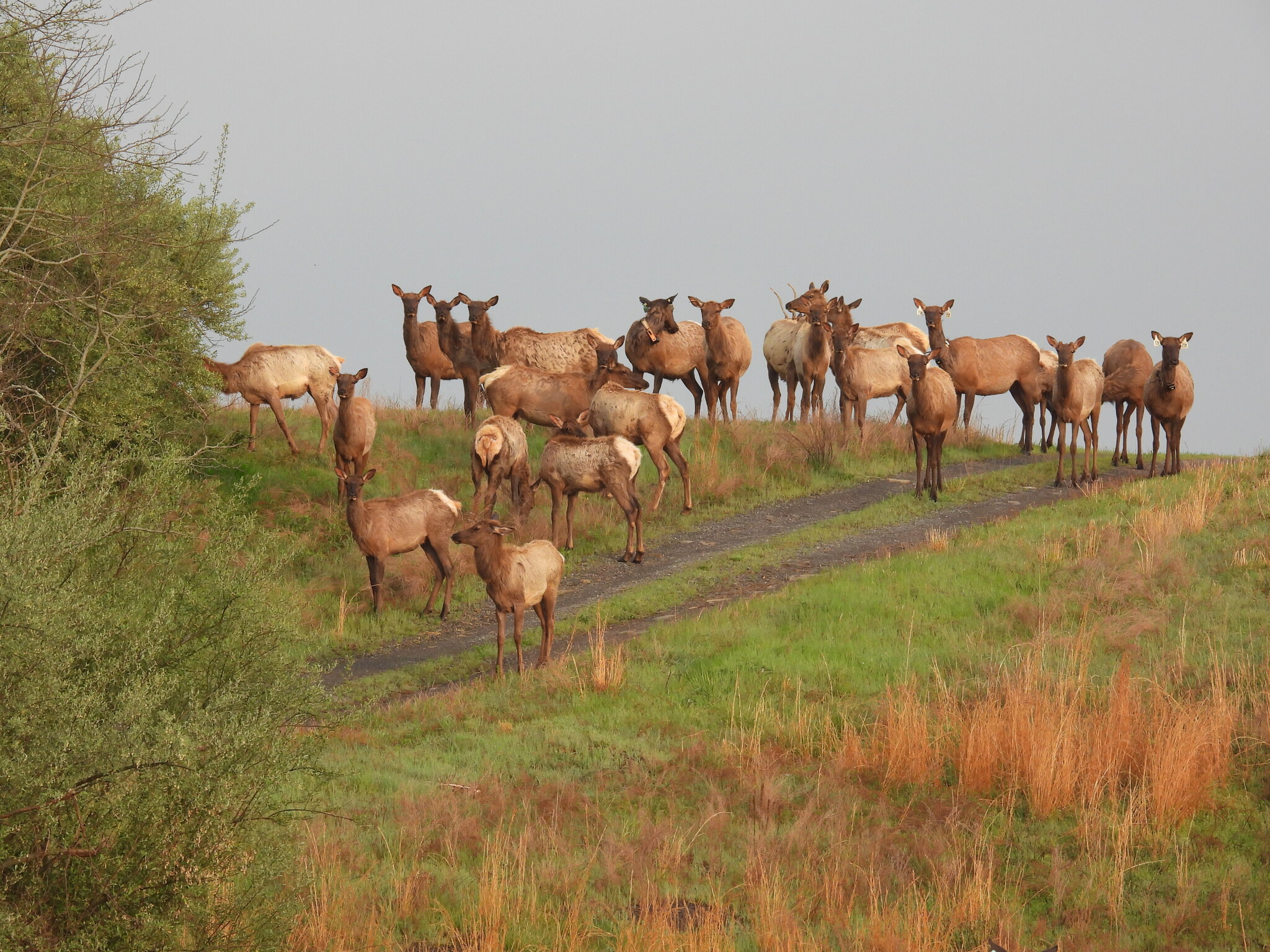 Subscribe to the Virginia Department of Wildlife Resources Email Newsletter